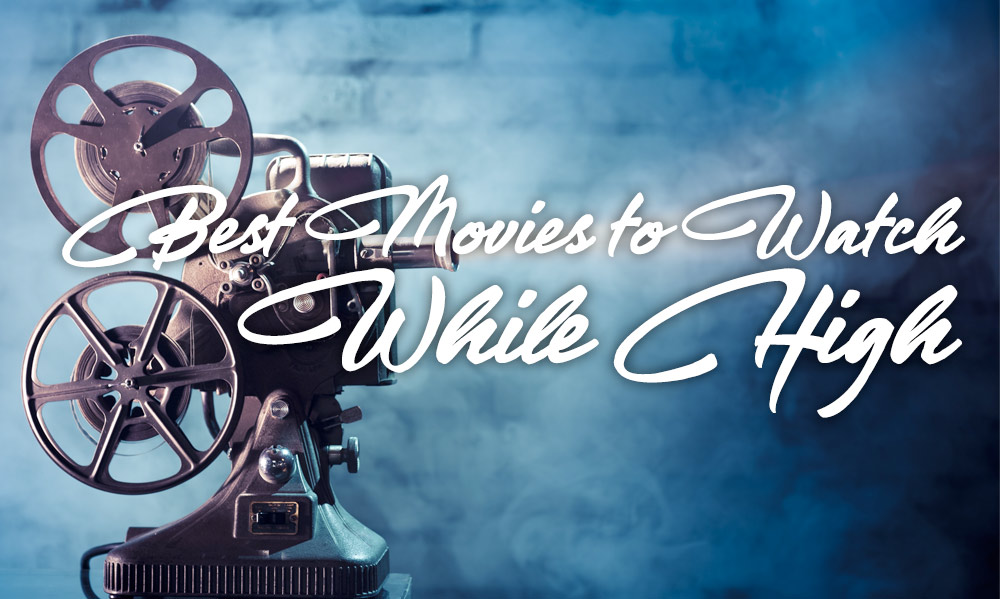 If there’s one activity out there that can give “Netflix and Chill” a run for its money, it has probably something to do with watching movies and getting baked at the same time.

Yes, that’s right! Redefine movie watching and chilling by watching the following films below while on a “high”.

If these movies don’t leave you hanging on the edges of your seats, maybe it’s time to smoke some more weed!

Yes, it is kind of a cliche to include this but we couldn’t help ourselves! Pineapple Express is perhaps one of the best movies to watch while high.

Join James Franco and Seth Rogen in their hilarious film directed by Judd Apatow. A stoner, played by Seth Rogen witnesses a murder and needs to run for his life. He drags his dealer (James Franco) and his supplier (Danny McBride) with him on a pot centered adventure as he tries to escape the bad guys.

We wouldn’t be surprised if your munchie craving turns out to be a White Castle burger after watching this Harold and Kumar Go to White Castle.

Starring Kal Penn and John Cho, this comedy film centers on two stoner friends who are in search of burgers to satisfy their cravings. However, what should have been a short food run turns into an epic adventure like no other as they can’t seem to find where White Castle is!

Eternal Sunshine of the Spotless Mind (2004)

“Meet me in Montauk.” is probably one of the most memorable lines in this 2004 film Eternal Sunshine of the Spotless Mind by renowned French director, Michel Gondry.

Jim Carrey and Kate Winslet both shine in their respective roles as Joel and Clementine in this film.

If you are in the mood for a film that combines realism, science fiction, fantasy and comedy, you can find it in this 2006 film The Science of Sleep by Michel Gondry ( yes, it’s the same guy who directed Eternal Sunshine of the Spotless Mind).

This visual and emotional masterpiece is about a young man who has a problem with living in the real world as his dreams take over his life.

Set in Spain during the Franco era, Pan’s Labrinth falls under the dark fantasy genre. It’s about one girl’s otherworldly adventure where she meets a faun named Pan.

Pan convinces the girl that she is a lost princess and for her to claim immortal life, she has to carry out three dangerous missions successfully.

This movie is based on the beloved classic Alice’s Adventures in Wonderland, written in 1865 by Lewis Carroll.

In Alice in Wonderland, Alice falls down a rabbit hole and she goes on a journey that allows her to make friends with the Cheshire Cat, the Mad Hatter and other interesting quirky characters. The story also focuses on Alice’s destiny to end the Red Queen’s reign of terror.

What happens when a man’s stuffed bear from his childhood comes to life? Well that is what Mark Wahlberg’s character named John Bennett has to deal with in this 2012 flick Ted.

Directed by Family Guy’s Seth MacFarlane, Ted is without a doubt a funny yet touching film about a man who needs to grow up fast with the help of his stuff animal.

What movie do you get when six friends (basically actors playing themselves on screen) are trapped in one house after a series of weird and disastrous happenings in Los Angeles?
You get the 2013 film – This is the End. This hilarious black comedy/horror film stars James Franco, Jonah Hill, Seth Rogen, Jay Baruchel, Danny McBride and Craig Robinson.

Light up and watch a movie
If you’re thinking of taking your “high” a little further or riding it out, a movie marathon sounds like something you should consider. It’s a pretty chill activity that would surely elevate and enhance your cannabis experience.

The movies that we have recommended are from different types of genre. And depending on what you feel like watching, there’s certainly a movie or two (or more) that could catch your fancy!

And whether you are a fan of the usual comedy flicks, mainstream hits, artsy, foreign films or something in between these, there’s always something for you and your friends to enjoy while you light up or ride out that high!