5 Cannabis Strains to Use for Phantom Limb 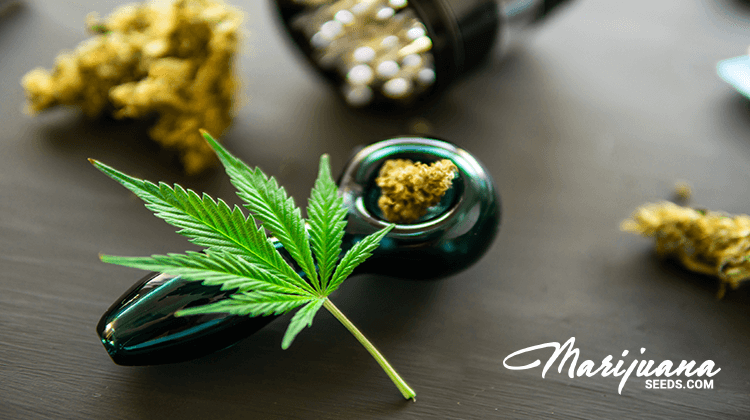 With the legalization of medical marijuana nowadays, many medical establishments, as well as practitioners all over the world support it. Medical professionals unequivocally prescribe this as a treatment for their patients because it was medically or recreationally legal. Not only that, for they know that taking medical marijuana is an effective and instant pain relief. One of the common health conditions that professionals consider Marijuana as a cure or relief is the Phantom Limb.

For those who are not familiar with the Phantom Limb disorder, this kind of health condition is a neuropathic condition that affects the amputees. It happens when a non-existent limb or parts of the body give sensations of pain. In cases of amputation, some part of the nerve in a human’s brain that happens to control the lost limb can sense that something is not right. These senses give pain to some parts of the body that are inexistent. It can also have some feelings of cramping, hotness, or even coldness in the body.

If you want to know the possible Cannabis Strains that are considered to be an effective pain relief to Phantom Limb, then this article will give you the list of strains for this disease. Learn and understand its benefits for this kind of condition.

The Mango Tango is a kind of a hybrid strain that was produced by the Elementary Seeds. It was known for its overwhelming effects, like as if you’re dancing with its fruity and pungent flavors. It inherited its heavy yet relaxing effects from its parent, the True OG strain. Having this kind of heavy relaxation is a big help in dealing with Phantom Limb disorder, as it combats pain and discomfort that will surely give you a clear head.

The flavor is unbelievable because you will feel like you are smoking a sweet mango. The Mango Tango Strain is very delightful and fulfilling as it scores in big taste for its slams all the pain associated with Phantom Limbs. With its 13.00-20.00% THC content, it leaves you with a total zero paranoia about the sensations of pain and would let you remain energetic. More so, those who have just undergone a surgery due to elimination of a limb in the body, worry no more because once the Mango Tango Strain is being used as a relief, your body will be relaxed and free from any trauma that the operation may have caused you.

Kushage is a Sativa-dominant hybrid that was known for its strong characteristics. It may hard in terms of growing this strain, but it’s all worth it because of its many benefits when it comes to treating health conditions. Its parents were the SAGE and OG Kush strains that were known also for their effectiveness and power, most especially in treating such diseases and health disorders. This is your best choice of strain especially if you are trying to treat the Phantom Limb health condition.

It is a painkilling heavy hitter because of its high THC content for about 22.00-27.00%. It’s real medical marijuana not only for treating Phantom Limb pain but also in treating diseases that are close to Phantom Limb such as, spinal issues, nerve pain, muscle spasms, cramping, and even arthritis. This is an all-day relief that makes you feel at ease even if you are suffering from Phantom Limb before. Many users are also very happy with its effects as it helps with the anxiety and depression that usually accompanies with continuous severe pain.

The Royal Kush is considered to be the king among hybrids that brings powerful effects to many users. It is a combination of two equal hybrids, the Afghani and Skunk #1, that were known for their equal characteristics when it comes to effects. The Royal Kush strain is also known for its effects on users who are suffering from Phantom Limb disorder for its easing deep effects branch out in the entire body of the patient.

Patients suffering from pain with some complications can benefit from the Royal Kush’s powerful relief. But careful in using this especially those beginners for this strain hits hard. It comes with a relatively high THC content which helps in controlling systems, like the organs, immune and nervous systems that are believed to be having some possible complications when Phantom Limb disorder was not treated.

The Phantom Cookies strain is mostly Sativa hybrid that was originated in Northern California. It was successfully crossed between the Cherry Pie and the Granddaddy Purple. Having this strain is truly a blessing especially to those who are desperate to have such a serious health condition. Phantom Limb is one of the disorders that a Phantom Cookies strain can relieve.

It was known that patients suffering from Phantom Limb increase their dose of medicines due to severe pain they feel from certain parts of the body, even if that part was already removed. Phantom Cookies could overcome their body and mind because it brings a relaxing haze that eliminates trauma, pain and even nausea. The pain relief only lasts for about an hour or so but it kills all pain better than any medicines. The high can be very strong especially when you smoked a whole, but it was never a bad feeling though. It helps a lot!

Archive Seeds came up with another strain that is believed to have treated many types of health conditions, including the painful Phantom Limb. This strain is the RudeBoi OG, and this is a perfect combination of Irene OG and Face Off OG strains. The RudeBoi OG Strain comes with 29.75% THC content, which means that it hits hard for users. But this hard-hitting strain is just so perfect and total relief for Phantom Limb and all its complications thereafter.

The RudeBoi OG’s bud can calm any nerve pain especially if you feel any complications after having a surgery or after being amputated. If your tolerance is high, you would combat and manage the pain and release all the painful vibes from your body that you’ve never done before.

Those people who are suffering from Phantom Limb pain need to take medicines, such as pain relievers every few hours. This is to maintain the kind of comfort they need while having this situation. However, medical professionals can recommend medical marijuana for Phantom Limb Pain treatment. But it must always be taken into consideration about its appropriateness to a person’s health. There may be times that, whatever works for others, may not always work for you. Always seek a second opinion if marijuana won’t do you good. After all, it’s all about getting well and healthy. One must always maintain a healthy body to avoid taking any hard-dosed medicines.