Exploring Cannabis as a Superfood 101 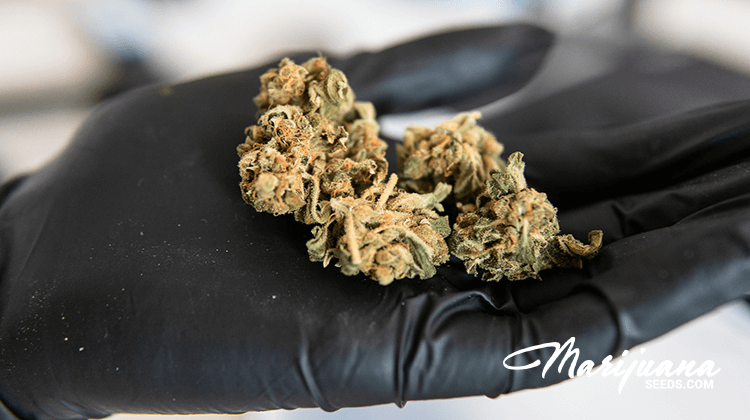 Cannabis is a promising plant of the future. It has found to be therapeutic among different illnesses and conditions. Consequently, this plant has been gaining a huge following as more people are learning the benefits to the human body upon using this plant.

As of today, different products were being advertised to be derived from cannabis extracts. There are shampoos, soaps, lotion, and even toothpaste made from cannabis. Its safe and well-sold by cannabis enthusiasts who find the plant relieving and efficient.

Not just that, creative ways of human beings have transformed regular cannabis leaves and bud to a culinary cuisine. Different recipes added with cannabis are cooked to bring a new taste to this wonderful herb.

And guess what? There’s still a lot to discover for this plant. Other people denote it as ‘superfood’ as analogous to ‘superman’, the strongest, highly nutritious, and most coveted plant for use.

If you’re here for that, then let’s take a more concrete discussion as to why this plant is the next superfood.

What is a Superfood?

The term ‘superfood’ hasn’t been mandated by any health agencies across the world. However, it was conceived through a Canadian newspaper in 1949 when discussing the nutritional value of a muffin.

Later on, the term was adopted as a marketing tool to sell and advertise food supplements and various food niche. Apart from that, it has been mentioned in self-help books on products with beneficial nutritional content.

Its often noted that the term ‘superfood’ is a mere marketing agenda and doesn’t have any scientific basis attached to it. However, it’s still a good medium to promote health and wellness to people affected.

In a general context, a superfood is a term denoted to foods with astounding health benefits. Its equipped with the rich nutritional condition and often commercialized to treat several chronic conditions such as cancer, AIDS, and diabetes along the process.

This exceptional nutrient content could often be backed up or not with scientific evidence. Thus, any health claim referring to ‘superfood’ is uncertain. However, the term is still sold a lot to the masses. In fact, most foods that refer to ‘superfoods’ are truly high in nutritional content.

The society’s perception with cannabis had been not that friendly. However, as different discoveries as related to its therapeutic benefits take place, people have become slowly interested in taking cannabis. It’s important to understand that cannabis ain’t just any recreational herb. It’s a diverse and highly-nutritional plant equipped with a unique blend of chemical composition that you can’t find in any other type of plant species.

Well, what are these highly nutritious chemical content that I’m telling you? Here’s a glimpse of its dietary content.

Seeds and leaves of cannabis are definitely rich of these nutrients. In fact, hemp seeds are being marketed mainly through its omega fatty acid content which is quite astonishing.

These nutrients are wondrous for its important uses in the body. It has been a precursor to many substances in the body, had been involved in blood pressure regulation and inflammatory responses. It plays a major role in cell membranes as well.

However, scientists had recently discovered how unique omega 3 and 6 fatty acids found in cannabis. A research conducted in the University of Illinois led by Aditi Das shows that endocannabinoids that are produced by the human body react to omega-three fatty acids in such a way that it will be anti-inflammatory and tumor-reducing. Though this study is still inconclusive and needs for further research to be able to understand things as needed.

Magnesium is the fourth most abundant mineral in the human body. It’s among seven essential macrominerals in the body. It also plays a significant role in more than 300 enzymatic reactions in the body including metabolism of food, making of protein and fatty acids. Its mostly concentrated in the skeletal system with few portions present in muscles and bodily fluids.

Consequently, this mineral is important to avoid different diseases including osteoporosis, cardiovascular conditions, diabetes, and migraines.

Magnesium is also uniquely incorporated in the leaves of cannabis plants. A highly potent treatment for everyone.

Calcium is an essential nutrient for life. It’s mostly present in the bones and our teeth, strengthening and nourishing it. Aside from that, calcium is being used to maintain skin, nail, and hair’s health. Its also utilized to produce waste materials such as sweat, urine, and even feces. Without calcium, things will go differently in our body.

This mineral is not readily synthesized in our body. That is why it’s important that we had to acquire calcium to several food sources. Dairy products such as milk, yogurt, and cheese are a few important foods that could be used to supply calcium in our body. It’s also present in other food products including juices, cereals, and pieces of bread. Being the most abundant mineral in our body, regular intake of calcium is usually should not be less than 1,000 mg per day. As for cannabis, its leaves and stem are rich sources of calcium content.

Several terpenes have been used to produce ‘essential oils’ which are used in perfume and food products to enhance the smell or taste of it. Apart from that, it potentially holds therapeutic benefits upon consuming by the human body.

In a paper written by Dr. Russo, it was shown how terpenes could be used for the treatment of pain, inflammation, depression, and anxiety. Furthermore, developments and researches brought awareness to potential benefits of the herb as an analgesic and as an additive for aromatherapy.

In cannabis, terpenes play a significant role in the ‘entourage effect’ between the cannabinoids THC and CBD. There are over 100 types of terpenes distributed thoroughly in different varieties of cannabis. Among the most common are Myrcene, Limonene, Linalool, Caryophyllene, Alpha and Beta Pinene, and Eucalyptol.

Phosphorus is an essential mineral use on various bodily functions and processes. It’s involved in structuring bones and teeth along with calcium. Apart from that, its important in the production of DNA and RNA and exclusively used in the production of certain vitamins.

This mineral is only obtained through the consumption of several food agents. In fact, foods rich in phosphorus are dairy products, whole grains, nuts, and meat or fish. As for cannabis, it’s often contained in leaves along with calcium and protein.

Polyphenols are micro-nutrients often obtained through accumulation on certain plant-based food sources. As of now, there are more than 500 types of polyphenols collectively known as phytochemicals. Amongst the most known polyphenols are flavonoids, phenolic acids, stilbenes, and lignans.

Polyphenols are common dietary food supplement aiding in digestion and weight management. Its also been found to efficiently prevent the occurrence of diabetes, neurogenerative and cardiovascular diseases.

These micronutrients should be consumed at least a few milligrams in the body. Common food sources to obtain micronutrients are cloves, cocoa powder, berries, nuts, and beans. As for cannabis, polyphenols are exclusively found in seeds, buds, and the leaves of the plant.

The cannabis plants are uniquely empowered with a set of organic compounds that interact thoroughly on different hormone regulatory processes in the human body. Phytocannabinoids are distributed in the body of a cannabis plant including the buds, leaves, stems, and roots.  Surprisingly, these phytocannabinoids induces a ‘lock-and-key’ pathway to the endocannabinoid system in our bodies.

This means that it activates the endocannabinoid system inhibiting and prohibiting certain hormone processes in our body. It could control the dopamine, ghrelin, and other specific hormones and neurotransmitters in the body. Actually, there are more than 100 types of phytocannabinoids on cannabis plants. The most important ones discovered by a lot of scientists is what we’re going to discuss at this part of the article.

The infamous THC is the reason why most cannabis plants are illegalized. It’s highly psychoactive potentially inducing narcotic effects and paranoia. Moreover, this chemical is an important component of cannabis. It holds multiple medical benefits that could be used to treat different diseases and conditions.

Among the most common therapeutic uses of THC includes pain management, anxiety, depression, and glaucoma. It holds also potential benefits in chronic conditions including epilepsy, AIDS, cancer, and even Alzheimer’s disease.

Consumption of THC will make you energized and overwhelmingly happy. It will also help you increased appetite as well.

As of now, THC has been extracted and studied carefully by scientists. There are dozens of existing syrups, oils, and medicines that are sold in the market to treat multiple diseases. Synthetic THC goes under the name called ‘Marinol’, an FDA approved THC to be prescribed to prevent seizures on several epileptic conditions.

THC vs CBD: What’s In Your Weed?

CBD is the counteractingthe effect of THC. Instead of being psychoactive, CBD promotes sedation and relaxation upon use. It’s often sold as medical marijuana and doesn’t cause ‘euphoria’ as what its latter relative possesses.

Cannabidiol is astoundingly an amazing plant holding a lot of therapeutic benefits on the body. It has been proven to be useful in alleviating anxiety, enhancing digestion processes, arthritis, chronic pain, insomnia, drug addiction, and nausea or vomiting.

In the United States, the only FDA approved medical treatment containing CBD is the Epidiolex. Similar to THC, the drug is used as a treatment for experienced seizures on various epilepsy disorders. Apart from that, CBD is used in lotions, shampoos, chocolates, and even at toothpaste employing its medicinal benefits in the body.

These two cannabinoids are entirely derived from THC and CBD respectively. Both possess a mildly psychoactive and sedative property that THC and CBD separately manifests.

THCA is exclusively the decarboxylated version of THC. Thus, THC could be obtained by exposure of THCA through extreme heat and temperature. Nevertheless, cannabis buds are cured and stored for a very long time for THCA to convert readily as THC.

Whereas, CBN is the degraded product of THCA.Its produced upon long exposure of cannabis plants to ultraviolet rays or air. Nevertheless, its obtained through decarboxylation of CBNA (cannabinolic acid). Likewise, these both cannabinoids incorporates medical benefits for use in several conditions. As of now, there are still studies ongoing to these compounds.

What makes cannabis plants a ‘superfood’?

Basically, when we refer to any food products as ‘superfood’, it means that the plant holds therapeutic benefits upon consumed in the body. As discussed above, cannabis contains a lot of mineral and nutrients in the body. It possesses a lot of health benefits and in fact, used to treat several diseases including anxiety, depression, migraine, and insomnia. It has also great potential to treat incurable illnesses such as cancer, AIDS, and even Alzheimer’s diseases.

Though cannabis is illegal in certain countries, there are still ways to enjoy cannabis. There are existing oils, food supplements, and other basic necessities such as toothpaste and shampoos were cannabis is an additive.

Hemp, a popular cannabis variety is often used in textile industries as fiber. Its seeds and even leaves are utilized and marketed as a food source manifesting multiple health benefits.

Many of us definitely could not believe how this type of plant is still illegal for use. The plant, when taken in moderation, possesses highly therapeutic benefits that could revolutionize the world of medicine. It’s truly a ‘superfood’ worth to be enjoyed freely by everyone. Imagine a world of cannabis, ain’t it going to be a happy and wonderful place to live?