How to Make a Gravity Bong 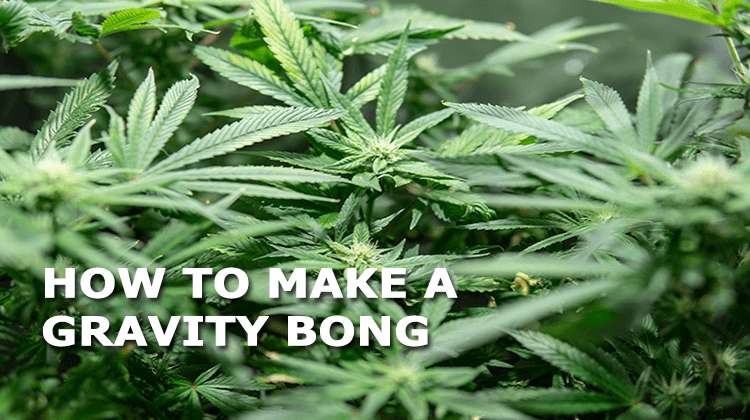 A gravity bong is a form of a contraption that helps cannabis enthusiasts to enjoy their favorite marijuana strain in a fun and conventional way. This mechanism uses two empty plastic bottles and water which helps push the marijuana smoke like in a vacuum down into your lungs. It is a very effective method of consuming marijuana with every single bit of its effect intact in every inch of smoke that enters your body.

Although you can easily buy an actual gravity bong in different cannabis accessories stores, it may cost a bit too much especially for younger adults who rely on the use of marijuana to get by through the day or with the symptoms of their medical conditions. This is why most people are looking for ways to make their very own gravity bong with the use of everyday items that can be readily found inside the house.

Its capacity to get you higher is beyond compare which is why it has become a big hit among marijuana users. There’s a lot to learn about gravity bongs and so many questions to answer especially for those who are just new in this kind of industry and for those who are searching for good ways to fully release the potential of their favorite cannabis strains.

The Science Behind Gravity Bong

So how does a gravity bong works? There are very intriguing processes and questionable things that revolve around how a gravity bong does its thing. It may seem like magic when the smoke interacts with the water below and how it can push the smoke up to the user’s lungs.

But everything is not just a magic trick. There’s a scientific explanation on how this not so magical mechanism works and physics can back it up with utmost precision. It may sound like a bit of complicated since a hardcore science is involved in such a process but actually it’s just as simple as your ABCs.

What this gravity bong utilizes is the negative pressure that is formed by the movement of water from one chamber to the other that pulls some air from the cannabis that is burning. The smoke that is generated from it will then fill up the empty space at the same time as the water moves out of the chamber. Once you turn the thing back, the water that has evacuated will return to the now smoke-filled chamber and helps push the smoke out of the funnel-like structure and into the user’s face.

Why is it important to know this thing? Well, as you try to build your very own contraption, it is better to know how it works so when something went wrong along with your construction, you will know what to do to fix it.

Now that you understand the basic principle and concept involved in a gravity bong, it is now time to gather all of the required materials and set up your very own contraption. This simple guide will help you construct your very own gravity bong.

The first thing that you just need to do, just like any other artsy and craftsy projects that you’ve done as a kid or at work, is to get all the materials that you need in one place.

For a homemade gravity bong you’ll be needing the following materials:

Now that you have all the needed materials, it is now time to set up your very own gravity bong. Take note that it might be a little bit complicated at first but the step by step process involved in making one is quite easy to understand and comprehend.

The very first thing that you need to do is to cut the bottom side of the smaller plastic bottle with your cutting tool. Take note that the bigger portion of the bottle that you cut, the lesser the effect of the marijuana will be produced. So if you are looking forward to a hard-knocking effect then you should only take just a small portion of the bottle.

Cut the bottom portion of your larger 2-liter bottle and pour in some water in it. If you won’t be using a 2-liter bottle, you can always use a plastic bucket as long as you fill it up with water.

Take the cap of the smaller bottle and punch a hole on it using scissors or a cutter. The size of the hole should be adequate enough to allow air to pass through it. Remember to not make the hole big or the aluminum foil containing the cannabis might pass through it and fall into the water. After punching the right size of the hole on the bottle cap, it is now time to wrap the bottle cap with the aluminum foil and make sure to form something like a bowl for your cannabis to fit in. You can make it as deep as you want but make sure to remove the excess foil at the same time shape it in a way that it can keep all the cannabis inside.

With the use of your poking tool, create some holes in the aluminum covered bottle cap. Just be gentle when you do this to prevent the unwanted breaking of the foil. Punch at most 3 to 5 holes on the aluminum foil.

Place your preferred strain of cannabis over the aluminum foil.

Here’s the part where it becomes a little bit complicated. Get the smaller bottle and submerge it on the bucket or the cut bottom portion of the 2-liter plastic bottle that is filled with water. Just make sure that the rim of the smaller bottle will be just a bit above the water.

Now that it is done, carefully put the new aluminum covered bottle cop to the bottle.

To better understand the process of making a gravity bong, here’s a simple instructional video that you can watch. It may be a bit different but it is just an almost negligible difference.

Now that you have finally finished making your very own gravity bong, it is now time to learn how to use it.

With a lighter, light the cannabis that is situated on the aluminum foil-covered bottle cap and carefully pull the smaller bottle upwards until space where the water was once located is replaced by smoke.

Once the bottle is completely filled with smoke, gently unscrew the bottle cap from the bottle and place your mouth on the tip of the bottle’s opening.

Slowly push the bottle downwards allowing the water to push the smoke inside up to your lungs. The gravity bong creates a cooler temperature for the cannabis smoke and it will feel more comfortable to smoke since it is not that hot. Through this process, expect a very hard and powerful punch coming from the cannabis smoke that is undeniably better than smoking it the conventional way.

One more thing is that don’t push yourself to take in big amounts of smoke most especially if you’re just new with the use of a gravity bong. Doing so may lead to coughing even for those who are have been long exposed to smoking cannabis or those experienced smokers. So take caution when using the gravity bong.

To make your very own waterfall bong, all you need to do is to gather all the materials that you need including:

Once you have everything that you need, it is now time to make your very own homemade waterfall bong.

Make sure that your plastic bottle is all locked up and the air pressure is kept inside. Punch a hole at the lower side of the bottle with a sharp object like an ice pick or try heating it up to be able to bore a hole much easier.

Once you’ve done punching a hole on the plastic bottle, place tape on the hole.

To make the right seal you need to have a rubber or a washer made of silicon. Make a hole that will be able to fit the stem on the bottle’s cap and by using the silicon washer or rubber, seal off any areas that might cause any leak of air.

Now it’s time to fill the bottle with water just enough to allow a few inches of space below the bottle’s cap.

Light the cannabis that you placed on the cap and remove the tape that is blocking the hole on the lower side of the bottle.

Once all of the water has been drained and the space that it once occupied is already filled with smoke, remove the bowl or bottle cap then enjoy the luscious smoke that is contained in the bottle.

The big question is, how to make an effective bowl for this contraption?

For this one, you need to have these following materials ready:

Heat your preferred shop tool using a lighter and bore a hole in the middle of the bottle’s cap. Just a small hole on the cap will do the trick.

Now that you have pierced a hole on your bottle cap, you can now use a knife to help you widen and create a bigger hole out of it. But always remember to never get too excited or you might overdo the hole.

Use a lighter to heat the hole that you’ve made on the bottle cap. While the bottle cap is still warm and soft, place a socket inside it so that when it cools down, it will lock the socket in. This will act as your bowl for your cannabis.

Now that’s done, you can now enjoy your very own homemade variation of the gravity bong.

Source Link: Video by Loaded Up – How to Make a Homemade Waterfall Bong

Why go with a Gravity Bong?

A gravity bong is also a great addition to group smoking sessions with your friends during parties since the process involved in it is a kind of magic to the eyes and to the senses. It’s a great twist that a lot of people will surely enjoy.

Most people are searching for ways to improve the effects of their favorite cannabis. Aside from that, they are also seeking a better way to utilize the whole cannabis without any part of it going to waste. This is why the use of a gravity bong became a big hit among cannabis users and enthusiasts for its capability to provide an intense high and full effect towards the mind and body in just one complete inhalation of the smoke.

Using cold water will make it more interesting and a different milky kick to the smoke that you inhale.

There are a lot of ways for you to get acquainted and enjoy the beauty that is cannabis smoking. You can discover different more ways of consuming cannabis in the most fun and creative way. You just have to let your imagination fly and probably you might discover new tricks or even devices that can add up some flavor to your favorite cannabis.

Go on, don’t let this one getaway. Try making one now and you might probably get the hang of it. It’s an easy and popular way of taking it cannabis that has already made a great name in this industry.