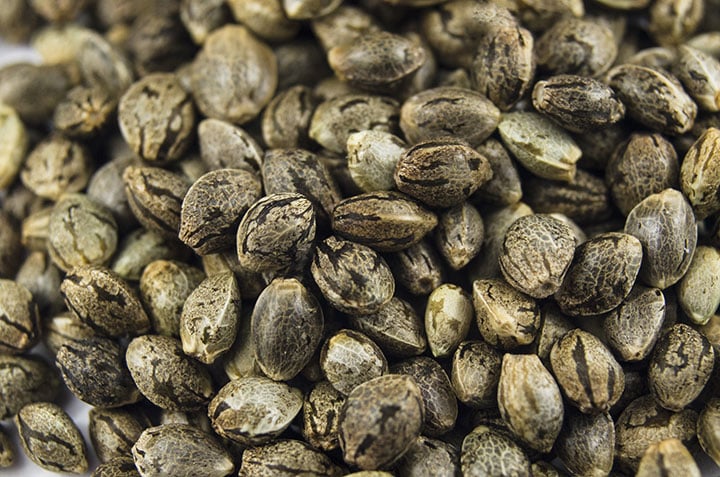 As ironic as it may sound, getting involved with marijuana has slowly become a very low-key trend across the whole world. It actually wasn’t too long ago when cannabis and all sorts of marijuana-related products were criminalized and looked down upon by the majority of both US and Canadian citizens.

However, while this negative stigma is still alive and present today, there has definitely been a shift in the people’s mindsets with regards to cannabis and what it really is.

In fact, interest in marijuana today has reached an all-time high as communities have slowly started to embrace the benefits and advantages that weed can bring! As such, we feel it is necessary to give you guys a brief idea of where cannabis comes from: the marijuana seeds.

What Are Marijuana Seeds

Just like any other type of plant out there, cannabis plants directly originate from the cultivation of marijuana seeds. These marijuana seeds (or weed seeds, if you will) act as the carriers of all the genetic traits and qualities that different cannabis strains are known to have. As seed breeders and producers develop more seeds by having their weed seeds go through pollination, the resulting outcome contains qualities from all parent strains used throughout the breeding process. 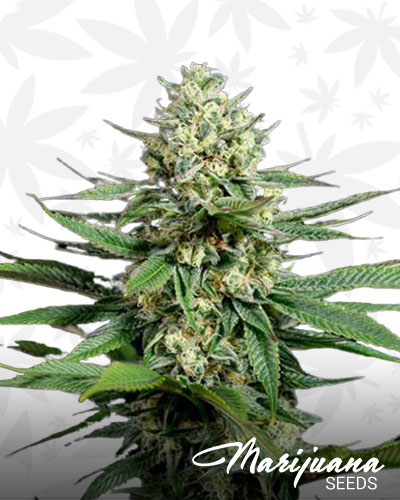 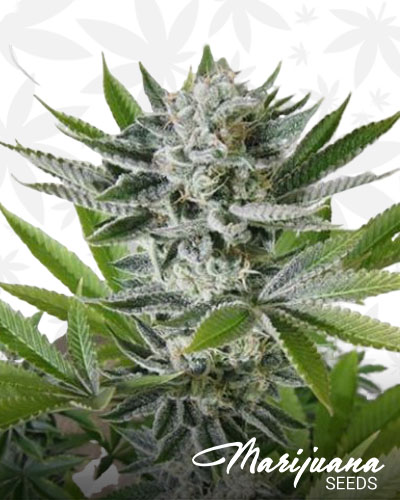 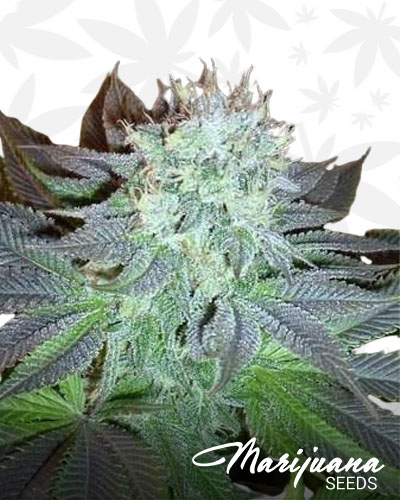 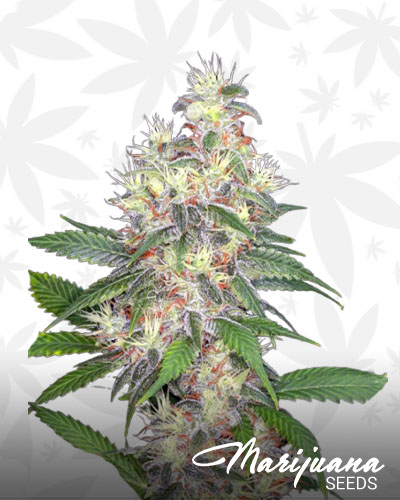 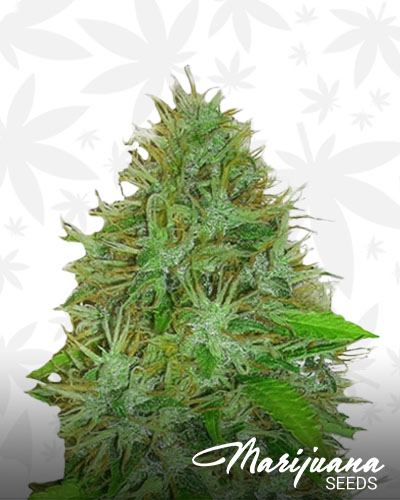 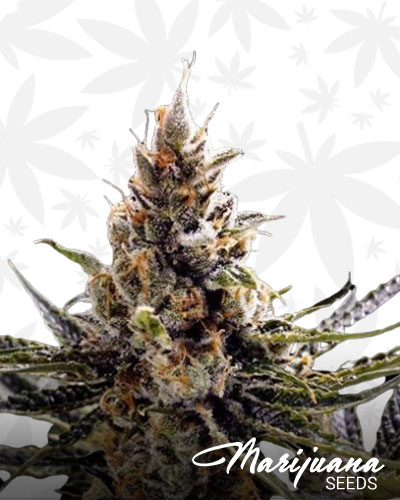 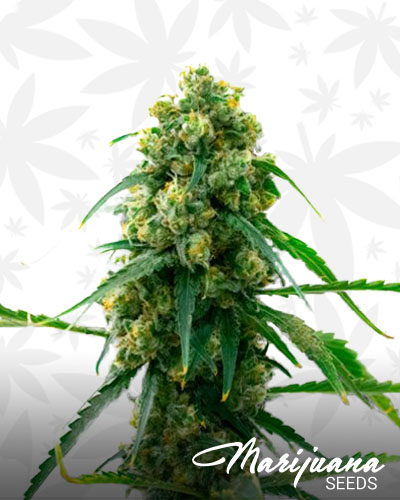 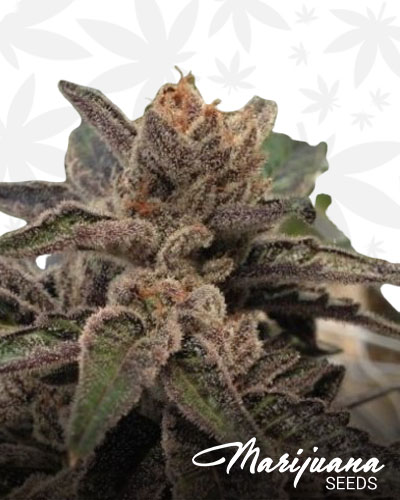 There are different types of marijuana seeds that growers may choose to cultivate in their cannabis gardens. While the amount of choices may seem overwhelming especially to beginner growers, always make sure that you opt for the seed type that suits your garden the best!

Generally, the three (3) main types of marijuana seeds are: autoflowering seeds, feminized seeds, and regular seeds. Each one of them offers their own sets of benefits and drawbacks so choose wisely!

Cannabis plants are naturally known to be highly dependent on the patterns of sunlight that they absorb in order to be able to produce potent and resinous buds for harvest. While this has been the accepted standard for growing weed buds for as long as cannabis cultivation started, a new trend has suddenly taken over the weed scene by storm. Yep, we are talking about the use of autoflowering seeds.

Autoflowering seeds, unlike its photoperiod counterparts, do not depend on much sunlight in order to produce healthy cannabis buds. Instead, they automatically start producing flowers once they reach a certain level of maturity during the cultivation process, making them ideal for growing areas with less-than-ideal conditions and climates.

Feminized seeds, as you can probably tell, are a type of cannabis seed that sprouts purely female plants. Female plants are the ones that will form and develop buds that people use for smoking and consumption. As such, they are the ones that many personal growers use but not so much for experts and producers as they aren’t ideal for new seed and strain breeding.

Lastly, we have the most tradition and natural form that cannabis seeds can come in: the regular seeds. Before the rise of feminized and autoflowering varieties, growers only had one choice: using these bad boys to cultivate their cannabis plants. While numerous innovations and new ideas have been introduced to the cannabis scene, regular seeds are still alive and well as they still serve numerous purposes to both growers and smokers alike. In terms of light, they are the other type of photoperiod seed. This means that, just like feminized seeds, they rely on the lighting patterns in order to be able to flower correctly and produce weed buds.

However, the main and most important difference between them is that regular seeds bring a 50%-50% chance of sprouting either male or female cannabis plants. Many people view this as an inconvenience as male plants, through their pollen sacs, may have the tendency to contaminate female plants and convert them into seed-producing plants instead of sprouting marijuana buds.

Where To Buy Marijuana Seeds Online?

Buying cannabis seeds will obviously require growers to look for a reliable source for their products. Because many places don’t exactly agree with the widespread legalization of marijuana, it is important to make sure that you choose a seed bank with discreet and stealthy delivery! A whole lot of marijuana seed banks out there offer high quality products that come at some very reasonable prices. For the best experience with buying cannabis seeds, look for a dispensary which could actually give you your money’s worth.

The whole landscape of the cannabis scene has definitely improved its condition throughout the years. With marijuana being considered as one of the most domesticated plants out there, buying cannabis seeds is something a lot of people actually do! Do you prefer indica or sativa strains? Are you using an outdoor or indoor growing operation? Whatever you have going on for you, there are all sorts of cannabis seeds in the markets waiting for you 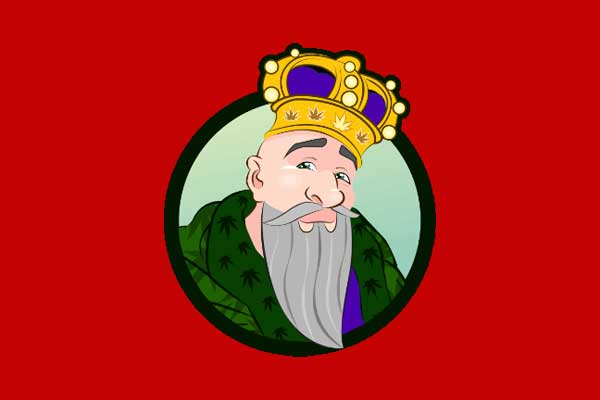 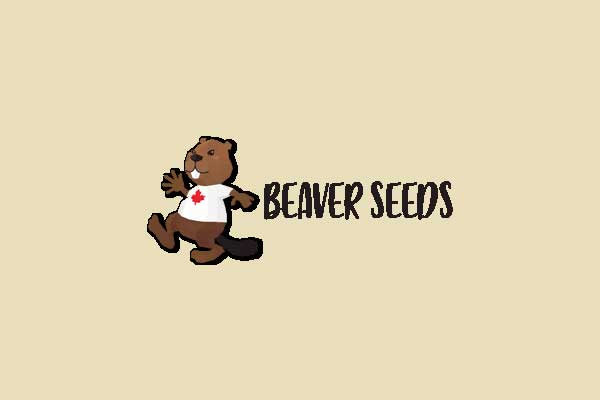 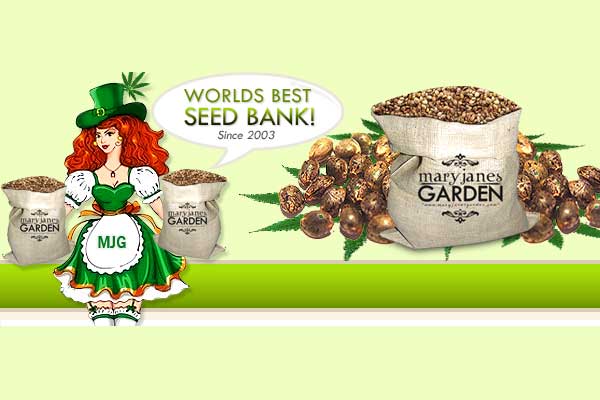 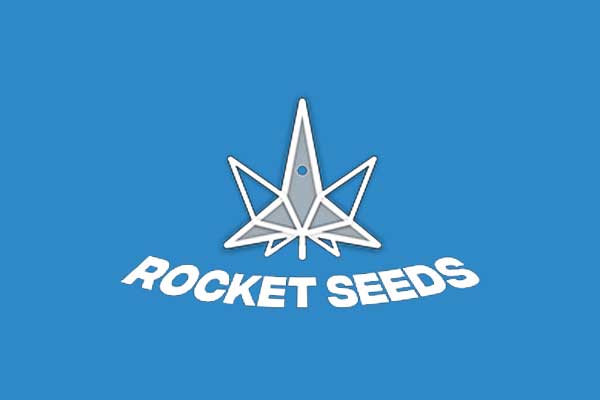 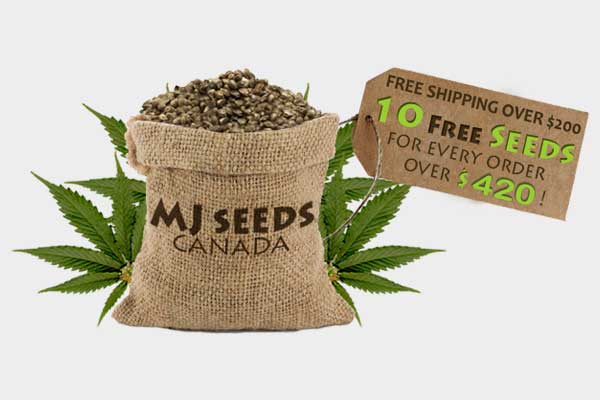 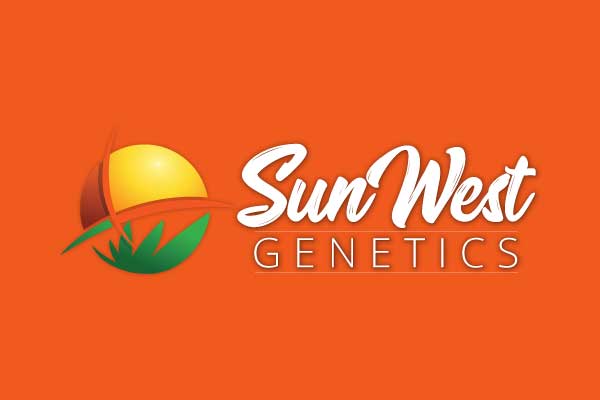 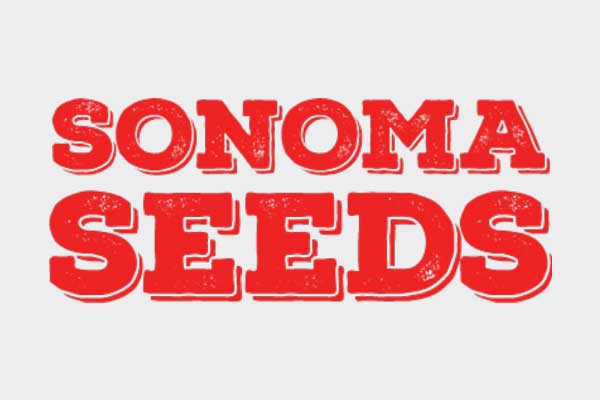 Currently, there are three (3) main varieties that marijuana seeds come in: the cannabis sativa, cannabis indica, and cannabis ruderalis. Furthermore, combining these species of cannabis also produce what are called cannabis hybrids, which are seeds and strains that incorporate the best features and qualities of its parent strains into one.

While each of these offer different things to users, they are all equally useful to the development of different strains in the market. Above, we have discussed the origins and functions of the cannabis ruderalis and how it is used to incorporate certain strains with autoflowering genetics. Now, we take a look at the two other types of marijuana seed varieties that are mainly used for consumption: sativas and indicas.

The Cannabis Sativa variety was the very first kind of cannabis that was discovered by some of the oldest civilizations known to man. As people would consider it one of the earliest forms of plants ever cultivated, people would often use the cannabis sativa for different purposes. Sativa (which also includes the hemp variety of marijuana) was first discovered to be indigenous to places across East and Southern Asia as well as different regions of Central America and Africa.

Cannabis plants that grow from sativa seeds will generally sprout tall and thin structures. The lanky form makes it easy for light sources to penetrate the different layers of leaves, exposing each plant part to the much needed amount of light. The usual heights that they reach can measure anywhere around 12 to 17 feet. Buds are also known to grow much bigger and chunkier, although they may weigh lighter due to them being less dense than indica buds. The overall hues of sativas also tend to be vibrant and light green.

Sativa strains are also used to growing in areas near the equator (which means longer periods of sunlight), which means that they can handle warmer temperatures better than indicas can. Because of this, sativa strains may take longer to flower than other cannabis species. The average flowering time takes around 12 to 15 weeks. They do, however, take shorter periods for the vegetative stage as sativas can grow their structures pretty quickly. Also, sativa strains are known to produce lesser yields in terms of grams per plant.

Probably the most distinguishable feature used to classify cannabis varieties is through their effects. Buds from sativa strains are often described as being able to produce happy, energizing, uplifting, and euphoric highs. Because it mainly deals with being mind-altering, users of sativa strains should expect trippy and cerebral sensations. It induces a more “uplifting high”.

Because of its effects, sativas are often used as daytime strains for people before heading out to work or starting their days. The extra energy boosts help them get through any stress and anxiety-driven situations that they encounter.

Cannabis Indicas, on the other hand, were discovered much later during the course of time. It was first found by French botanist Jean Baptiste-Lamarck who, during one of his expedition trips to India, came across another species of marijuana. Unlike the sativa and hemp varieties, this one displayed different properties and effects. In order to avoid any confusion with hemp and sativa, Jean-Baptiste Lamarck classified this species as the Cannabis Indica, named after the place in which it was discovered. Indica plants were also known to be very indigenous to places such as the Hindu Kush Mountain Ranges, Afghanistan, Turkey, and Nepal.

Indica strains display very small and stocky plant structures. It is often very bushy and dense, giving the plants an extremely compact look. Because of this, indica plants may need a little more trimming and topping in order to give them a clean form that helps expose the plant to light and air circulation. The heights of indica strains may range from around 3 to 9 feet in height, depending on the surrounding growing conditions. As for its colors, these plants generally display darker shades of green. Oftentimes, if grown in slightly cooler climates, hue of purple may be observed in certain strains!

Indica plants are capable of producing buds that are more frosty and chunky than sativas. The abundance of sticky resin and trichomes give these buds a very dense look, which is evident since they naturally weigh heavier than a sativa strain’s buds. Cultivating indica seeds will bring growers a shorter flowering period, which generally stretches from around 8 to 10 weeks. Indicas are capable of handling cooler climates better than sativas are.

An indica strain’s effects are described as causing more of a “physical stone” rather than getting high. As such, users can expect indicas to induce feelings of sleepiness, relaxation, calmness, and deep tranquility. One effect that is commonly associated with extremely hard-hitting indica strains is the feeling of couch-lock. This basically makes the whole body feel numb and droopy. As you start crashing down on your couch, you won’t be able to move or get up for many hours. Thus, the name “couch-lock”.

Indica strains mainly target the physical properties of a smoker, which means that you can expect strong body highs off of these. The soothing physical sensations and buzzes work great for finding peace during the night after a long day at work. This makes indica great for relieving any muscle tightness and soreness, as well as mitigate the various levels of pain and discomfort in your body.

Hybrid marijuana strains basically come from crossbreeding two or more strains in order to create an entirely new one! This has been an ongoing process throughout the years and it has seen some of the best and most premium strains be developed out of it.

Regardless of whether you choose indicas or sativas as parent strains, the outcome will still be considered as hybrid strains. You can basically crossbreed any strains together, which is what experts do in order to introduce new products to the market every year.

Now, how a hybrid plant looks, tastes, grows, and even its effects and highs will depend entirely on the parent strains that you choose to combine. While it will take certain qualities from each strain, breeders do have control over how much influence is placed into a strain. This is why we have what are called indica-dominant and sativa-dominant cannabis strains. Moreover, the implementation of cannabis ruderalis also gives birth to autoflowering hybrid plants.