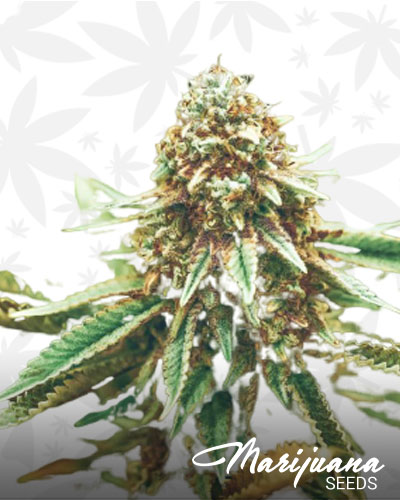 The Dirty Girl cannabis strain delivers an uplifting mental high that cannabis users sought after, but be careful. While some sites list Trainwreck as one of its origins, it appears that it derives from an offspring of Trainwreck, called Arcata Trainwreck, which is combined with Cinderella 99. The Arcata version of Trainwreck has lemony effects that many users mistake for Lemon Wreck.

Both of the Dirty Girl strain`s parents are sativa-dominant, but Dirty Girl seems to have a much higher THC level. In a sense, one could say that it acquired the great sativa effects of its parents while also offering a more intense high. But in doing so, and as alluded to, the strain does have its drawbacks. What makes the Dirty Girl strain excellent is that it does not seem to lead to narcotic-like effects, nor does it produce psychedelic effects.

What are the Flavor and Effects of Dirty Girl?

The strain does have a distinctly sweet taste blended with hints of pineapple and citrusy lemon. In most cases, sativa-dominant strains with high THC levels give a rushing and intense mental high. But that is not the case with the Dirty Girl strain. The strain is more likely pretty nice at first, for it deliverers a gentle onset with an ever-intensifying head high. You may feel happier and elated, and also became more sociable after smoking the strain. Dirty Girl strain does have indica properties to complement the head high, creating a pleasant and relaxing physical high.

What are the Medical Benefits of Dirty Girl?

As unusual as it sounds, Dirty Girl is much useful for medical cannabis users. Medical marijuana patients that look for a strain that is good at relieving stress, loosening diaphragm muscle pressures, and managing depression may want to try this strain. The strain has other medical benefits, but it only works in mild cases such as pain relief.

Negative Effects you Can Expect from Dirty Girl?

As great as the strain is in producing mostly sativa effects, it is also a tough strain to handle. Users may experience dry mouth and eyes is a common result of the use of marijuana. It is also known to make some people feel dizzy. Those who are suffering from anxiety disorders should avoid smoking this strain for this strain may further raise the level of anxiousness of the user. Furthermore, the Dirty Girl strain may cause people to feel more paranoid.

How to Grow Dirty Girl?

The strain can be cultivated both indoors and outdoors. With the plant being exposed in the right temperature plus using the Sea of Green technique will surely help the strain grow even better. The plant should be ready to be harvest in as early as 8 weeks and produces a fair amount of yield.