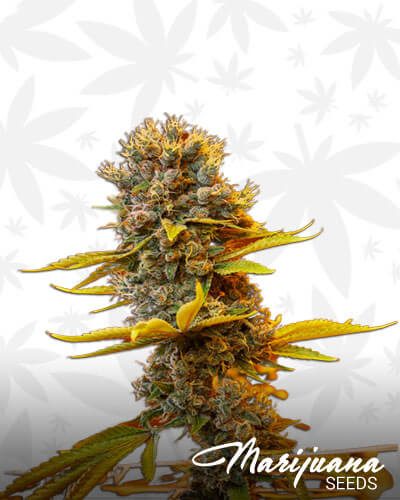 Most users of the Dutch Treat Haze strain has described that its aftermath is inclusive of rolling eyes and salivating mouth. It makes sense since the strain is a product of the three particular potent strains making it a hybrid. These are the Super Silver Haze, OG Kush, and the Dutch Treat.

Bursting with ‘heavy-duty’ punch in just a few clouds of smoke, it is considered as one of the best-selling hybrid strains in dispensaries nowadays. It has been named one of the best marijuana strains with a topnotch psychoactive effect. It’s a flowery type of strain that looks like a large, leafy cabbage, and it often has bright purple or white center leaves.

What are the Flavor and Effects of Dutch Treat Haze?

The citrus fragrance and the sweet berry & peppery flavor of the Dutch Treat Haze strain have made its psychedelic effects stand out. It brings you on a state of euphoria within just two puffs, then leading you a relaxing happy mood.

It is said to give you heights of uplifted motivation that is shown by your creativity as an artist. It is said that the strain is best taken by the experienced ones to harness the happy thoughts and energetic body that it can make you.

What are the Medical Benefits of Dutch Treat Haze?

With a 0.53% CBD content, the Dutch Treat Haze guarantees its user to cure chronic ailments that affect muscular activities. It is said that it can be of use for those who are experiencing nauseous and insomniacs. This is due to the fact that it has sedative properties that can act dynamically with the body’s system.

Plus, the medical implacability of smoking the weed is primarily directed towards somatic fatigue and depressing symptoms of a worsened disease such as cancer. These are used by cannabis spas to be a product that can fight medical insomnia and muscle strain from heavy work.

Negative Effects You Can Expect from Dutch Treat Haze

Just be cautious after you take the weed since you might feel tingly and sleepy after. Head to bed right away to avoid headaches.

How to Grow Dutch Treat Haze?

Since the strain is said to be easily grown around the globe, it will require you optimal care on its watering, light, and soil requirements. You will have to water its soil thrice a day until its flowering period.

Also, make sure to fertilize them once a week after seedlings have sprouted to ensure efficient growth.  You may need to strictly follow the lighting requirements to yield the best possible results.

It requires at least 6 to 8 hours of sunlight daily of 10 hours of exposure in growing lights when grown indoors. The expected flowering time of the strain is said to take place in the late weeks of October to the second week of November.