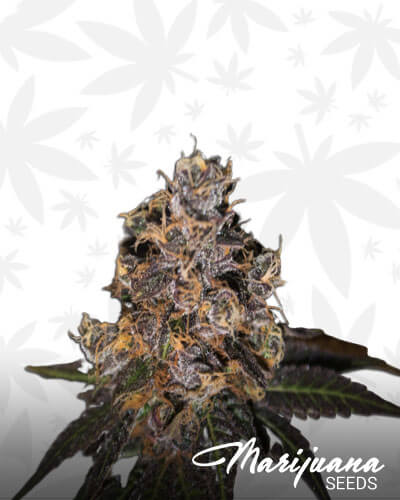 This strain was the result of combining the female Neutron Star with the male Freedom Express and cultivated and founded by the Cannabis Family Seeds. The Golden Torch has two phenotypes, one is green, and the other is deep purple, both have yellow and orange pistils and buds densely covered with trichomes. Both phenotypes have the same structure as bushy and stocky.

What are the Flavor and Effects of Golden Torch?

There are two types of flavor that this strain exhibits, and it entirely depends on their phenotype. The green phenotype leans on diesel and hashes flavor. However, the purple phenotype has a fruity, apple-like taste. Even though they differ in flavors, the two phenos have the same effect, a balanced Indica and Sativa high. This weed produces a mild uplifting euphoria at the start of the high; then, an evident body buzz takes place. The high finishes in a nerve numbing, body stone.

What are the Medical Benefits of Golden Torch?

This cannabis is known to treat and regulate conditions like migraines, headaches, Obsessive-Compulsive Disorder, and Attention Deficit Hyperactive Disorder. It can also help patients deal with stress and fatigue due to its relaxing effects. This weed is the most efficient and best taken at night.

Negative Effects you Can Expect from Golden Torch.

Some users may experience dry mouth and dry eyes when using this weed, and even some can get dizziness or headache. When taken in a higher dosage, this particular cannabis can give its users a lethargic downside.

How to Grow Golden Torch?

To grow the Golden Torch is relatively easy, as this weed can thrive in any cultivation. To maximize the production of this hybrid strain, training her early on is highly recommended.