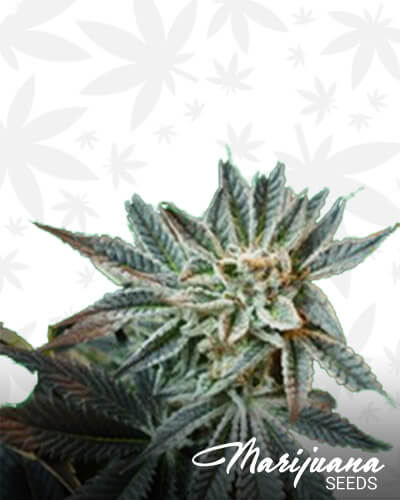 Kashmiri Blues is a combination of a female Kashmiri Sirnoo by Old World Genetics and a male Whitaker Blues. This genius powerhouse of genes by Red Scare spawns a dense plant with great trichome production. Being indica dominant, the strain can be grown indoors and outdoors.

What are the Flavor and Effects of Kashmiri Blues?

The potent strain is oozing with sweetness of candy and spiciness of Indian spices. Contrary to its name, the strain will not make you blue. It will send you to a state of euphoric high that you no longer wanted to end. It makes its presence known by manifesting as a little pressure around the eyes, and sometimes even around the temples. The blood rushes around the face, particularly in the brain, increasing presence of mind. It is psychedelic for most of the time until the happy body high starts to creep in. The user will feel heaviness in the eyes and limbs.

What are the Medical Benefits of Kashmiri Blues?

Thanks to its indica sedative effects, Kashmiri Blues is recommended for people with insomnia. It also frees the whole body from any forms of aches and tension in no time. People with anxiety and depression experiencing constant stress and fatigue can greatly benefit from the increased motivation and productivity. Best enjoyed at night time, it can relax muscle tremors, inflammation, arthritis, back pain and neck pain. Headache or migraine is also relieved at the same time.

Negative Effects you Can Expect from Kashmiri Blues

The strain can induce dryness in the mouth, eyes and throat. There are times when it is even accompanied by coughing which seems to be unstoppable. It can also deliver effects opposing its medical effects. Instead of combatting anxiety, fatigue, and migraine, the strain can induce it instead.

How to grow Kashmiri Blues? Some information and Tips

The weed thrives well when grown in the Sea of Green (SOG) setup due to its bushy structure. Trimming the fan leaves will increase air flow. During the flowering stage, let the temperature drop like the mountain environment.