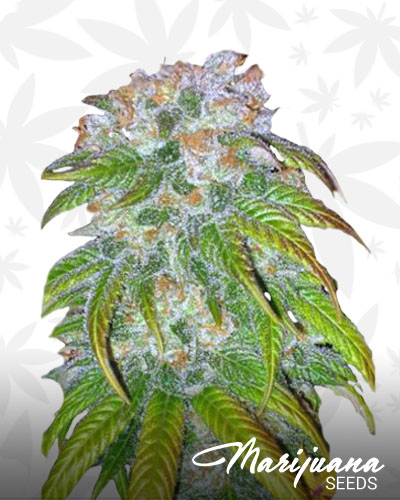 The BC Big Bud cannabis strain is a mostly sativa hybrid which hails from British Columbia. It is a cousin to the predominantly indica strain called Big bud from Amsterdam. This strain was created from a cross between an unspecified sativa strain and the cousin, Big Bud.

This strain is known for its exceptionally large, chunky flowers and colossal harvests after its 8 to 9-week flowering period. The overlapping leaves are dark mossy green in color with curly orange and brown pistils. White trichomes dot these colorful flowers, making them very sticky to touch.

What are the Flavor and Effects of BC Big Bud?

The BC Big Bud cannabis strain offers an aroma that is musky, pungent, and skunky, combined with the strong scent of orange. On inhale, the fruity orange flavor overpowers the mild skunky notes. A tangy aftertaste further enhances the flavors of the strain.

The strain’s high assert themselves rather quickly, starting with pressure around the eyes and forehead immediately after the first smoke. It then induces a euphoric cerebral high that clears the mind and leaves users feeling happy.

What are the Medicinal Benefits of BC Big Bud?

The BC Big Bud strain offers a number of medicinal benefits to users. It aids focus for those with ADD and ADHD symptoms, helping them to focus and complete a single task. In addition, the strain has proven to be quite effective in stress relief as its high induces cerebral euphoria.

Negative Effects You Can Expect from BC Big Bud

Like many other marijuana strains, the BC Big bud can cause many users to feel their throat dry. The strain can also cause itchy eyes. Once consumed in above tolerance limits, the strain can cause an increase in anxiety level, paranoia, and dizziness.

How to Grow BC Big Bud?

The BC Big Bud cannabis strain grows well in both indoors and outdoors. It also thrives on soil and through hydroponics. However, this strain is not for novices and beginner growers as they are susceptible to mold if not given the proper attention. Trimming and pruning should be done regularly to encourage lateral growth.