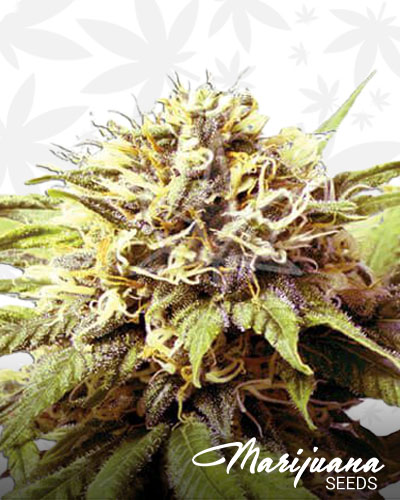 710 Genetics bred this popular strain by combining OG Kush and Blueberry. The origin of this weed is not clear at all, but it has the scent and flavor of blueberry. It has solidified its fame from gaining an award for being the Best Indica 2000 High Times Cannabis Cup. It offers spacey and mild cerebral high that can support your intention of relaxation.

Combining OG with a nice fruit flavor gives users a great option. If you want to linger for a short and sweet high, this is the one for you as it won’t knock you down. You can enjoy the effect for about an hour and a half.

It almost looks like a fake tree that is used to decorate the holiday train garden with orange and light red veins. The round and hard buds are light green, and they are covered by trichomes.

What are the Flavor and Effects of Berry OG

This strain’s flavor and aroma are -jam-packed with sweetness. The dark berry flavor with a bit of floral content goes straight to your palate and nose. Woody and the earthy fragrance are also present.

The high sets in for some in just a few minutes as this breed is fast-acting. It will give users euphoria that gives them a positive vibe. Negativity subsides, so it leaves smokers happy and focused at the same time. It then calms the body. The users can be carefree with the relaxation it provides.

What are the Medical Benefits of Berry OG?

The average CBD content in this strain is used for medical purposes. It works well as a stress buster. It can also be an antidepressant based on its capability to enhance mood. It alleviates pain, even for those who have fibromyalgia. It can also smoothen things for people who have menstrual pain, chronic pain, and muscle spasm.

Since it can put users in real comfort, it is also a remedy for insomnia. It also enhances one’s appetite when it started to dwindle.

Negative Effects You Can Expect from Berry OG

It doesn’t spare users from the common adverse effects of smoking weed. It leaves them with dry eyes and mouth. Although the cerebral effect is not overwhelming, anxiety and paranoia can be experienced by some consumers.

How to Grow Berry OG

This plant should be tended by experienced growers due to the reason that it is susceptible to mold, pests, and diseases. It’s not a self-bloomer, so you need to pay much attention to it.

It can be cultivated both indoors and outdoors. It smells great, so you won’t be bothered by its scent when planting it indoors. The indoor grow room is best for it, so it won’t be exposed to weather changes. It has to be maintained in short stature, so topping must be done.