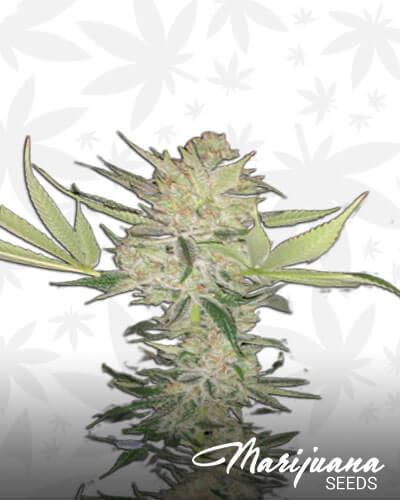 Olfactory Genetics chose Blue Ridge Eclipse and Black Lime Reserve to create this strain. It turned out to be an Indica dominant hybrid as both parents are Indica varieties. They also have hashy traits that have been copied by this hybrid strain. Its name is after one of the peaks found in George Washington National Forest. Schloss is a German word that means castle.

Based on the meaning of its name, it can be a castle of hash production. It is suitable to be consumed at the end of the day as it can put you in utter relaxation.

What are the Flavor and Effects of Big Schloss?

The flavor of this strain is a mixture of sourness and citrus with hints of berries. The high of this strain can be a treat to your tired body. You can bask on its relaxing effect. It takes you to euphoria with a tingly sensation.

What are the Medical Benefits of Big Schloss?

If you need an aid for you to sleep easily, you can have this weed. It can end insomnia and other sleeping disorders. It can eliminate pain or aches too. It is capable of alleviating symptoms of mental disorders like stress, anxiety, and depression.

Negative Effects You Can Expect from Big Schloss

The minor negative effects are cottonmouth and dry eyes which can be reversed through hydration. Be on a low dosage to avoid pronounced adverse effects.

How to Grow Big Schloss?

It can be grown indoors or outdoors. It would grow well with hydroponics and soil medium. Growers should check the marijuana plants regularly. Giving too much care to them like overfeeding and overwatering is not good at all. They must be fed with the right amount of nutrients.