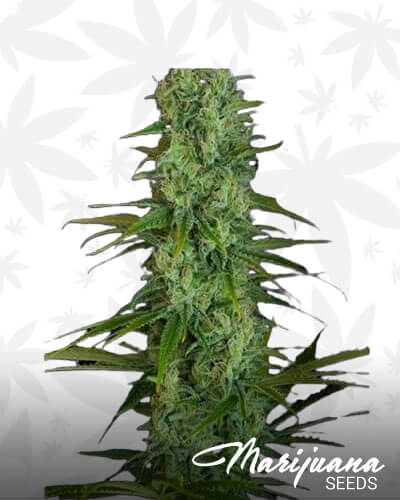 Named after Jack, the Emperor of Hemp, Critical Jack is a cross between Critical Plus and Jack Herer. And for those who are clueless, Jack Herer is a pro-cannabis American activist. He penned, “The Emperor Wears No Clothes,” a book towards legalizing marijuana. To pay homage to him, the latter strain borrowed his name.
Critical Jack is an even hybrid. Its balanced high will leave you a clear mind and mellow buzz. Its aroma is of sweet pine and floral lemon/citrus. It has a feminine scent contrary to its manly name. Best used at daytime, it yields bountifully up to 42 ounces per plant when cultivated outdoors. Harvest time is about 60 days indoors and between the end days of September to early October when grown outdoors. Just like its plant origin, the Jack Herer strain, it gained distinction when it won the top prize on the San Bernardino Hempcon Cup last 2015.

What are the Flavor and Effects of Critical Jack?

Critical Jack has a peppery, spicy tinge along with a sweet, citrus, lemon, and pine flavor.

Unlike other strains that deliver an intense high on its onset, Critical Jack does it in a tender manner. It gives a smooth buzz that makes you happy, uplifts your mood, and gives a clear focus. It will leave you energetic but also relaxed at the same time. These characteristics make this strain unique from others. For Critical Jack, laziness or couch-lock is not an option.

What are the Medical Benefits of Critical Jack?

Stress is common to many. Critical Jack’s euphoric effect lifts up your mood and acts as a stress reducer. Thus, those people who suffer from depression will benefit from this plant. It can also alleviate pain, decrease fatigue, and increase your appetite.

Negative Effects You Can Expect from Critical Jack

On the onset, a feeling of dizziness may be felt depending on the person’s tolerance and experience. Rarely, an increase in anxiety levels may occur.
The common negative reactions of marijuana, such as dry eyes, dry mouth, and a mild headache, are expected. Rehydration by drinking water should lessen these side effects.

How to Grow Critical Jack?

Critical Jack survives both the indoor and outdoor environments.
Indoors, you can use hydroponics (soilless gardening) combined with the Screen of Green method for taller harvests. Note that you have to keep it short and topped as not to crowd the indoor space available. It has a flowering time of 8 weeks and a yield of about 21 ounces per square meter.
Outdoors, an expected yield of over 40 ounces, will be available in late September towards early October.