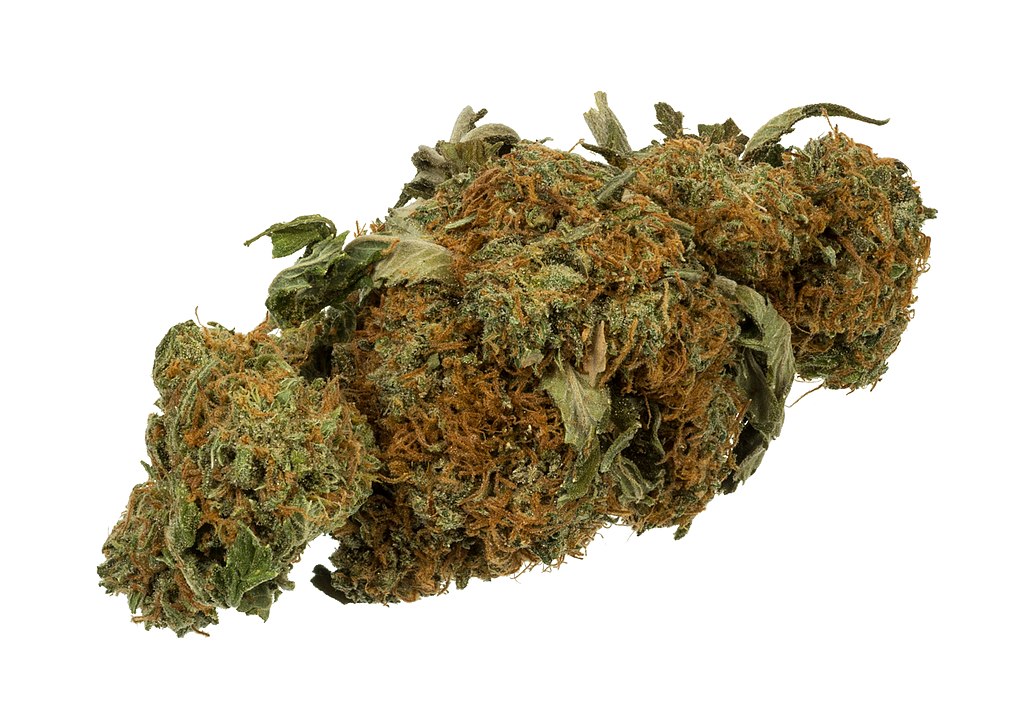 People who are consuming cannabis are not only after its psychoactive effects but also everything about it. Aside from THC, the active compound in cannabis, which produces the psychoactive effect, people are also after for its terpene profiles. However, if you are new to the world of cannabis, then most likely, you don’t have any idea about what terpenes are. What is the terpene chart? And how do terpenes work?

In this article, we’ll discuss different types of terpenes and how they affect individuals when smoking marijuana.

Almost all plants in the world produce terpenes, it helps them get pollinated through insects transferring from one to the other. Plus, terpenes are one of the most diverse and most prominent families of organic compounds in the world.

When cannabis is dried and cured, terpenoids are produced. Terpenoid is a derivative of terpenes as they go through the oxidation process. Terpenes in plants have two major roles in plants, it keeps them safe from predators, and they are the primary component of resins.

Many industries that make essential oils deal with terpenes as they can be used for beauty products and all sorts. Synthetic terpene is also used for food flavoring and additives.

What are Cannabis terpenes?

Cannabis terpenes are a natural component of the plant that gives them a unique smell and flavor. Also, they have different ways of how they affect each individual. Almost all cannabis strains have similar terpenes that highly depend on their genes. One of the most common terpene profiles are earthy, minty, citrus, pine, and lavender.

In the simplest of forms, terpenes are like the unique scent of each strain. These volatile aromatic chemicals make cannabis more addicting. As we’ve mentioned earlier, not only are people after for its smoke but the flavor that comes with it too.

The primary makes of terpenes in cannabis plants are the resin glands. These sticky glands secrete these organic compounds in the form of an oil. Also, terpenes are not only the one who is being secreted, THC, and CBD as well. Both of which are the reasons why you can feel the marijuana’s therapeutic and euphoric effects.

If you want to talk about terpenes on the technical side of things, terpenes are aromatic hydrocarbons. Many of these have resulted in a more potent effect on marijuana as they have a complex reaction to CBD and THC in cannabis plants. These synergistic effect makes it more palatable to the mouth rather than just smoking it alone.

As of the moment, there are almost 200 recognizable terpenes in plants but still lacks any research. However, there are major terpenes present today that are heavily studied and are well-known among cannabis enthusiasts.

How do Terpenes contribute to the High?

Usually, we smoke cannabis flowers to give us that euphoric effect, and just like all the flowers in the world, each of them has a different scent, same with cannabis.

As I’ve mentioned earlier, terpenes, CBD, and THC are synthesized in the resin glands. Some terpenes are found in other plants, but some terpenes are exclusive in cannabis plants. Moreover, terpenes are not only for the smell, and each terpene has different kinds of health benefits.

Terpenes also interact with our endocannabinoid system, the same case for THC and CBD. They primarily assist cannabinoids onto the bloodstream through a process called the “entourage effect.”

For instance, a terpene called Myrcene increases cell permeability and allows other cannabinoids to be absorbed in a faster rate; that’s why they are called the entourage effect, serenading cannabinoids faster than they would get onto it. Below is a terpene chart of various known terpene profiles found in a cannabis plant

As we’ve mentioned earlier, there are almost 200 known terpenes found in a cannabis plant. Also, consider the fact that each strain has different terpene profiles that are highly dependent on their heritage. However, there are more popular terpenes than the other due to their distinct feature and effects. Here are some of the most common terpenes found in cannabis!

By far, one of the most common terpene profiles found in the cannabis plant. The smell is reminiscent of black peppers that offer a spicy kick. The same goes for the cannabis plant; from the moment you smoked or inhaled, there should be a sudden gush of spicy flavors kicking in. The good thing about Caryophyllene is that it works the same with THC and CBD, bind itself with the body’s receptor. However, it does not work the same with THC as it does not offer any psychoactive effects.

On the other hand, Myrcene is not only found in cannabis plants but also lemongrass and hops too! Myrcene has a very distinct musky aroma that leaves smokers addicted to it. Moreover, myrcene is commonly found among Indica dominant plants. One of the health benefits of Myrcene is giving your body relaxation, a perfect way to do your marathon with a pain-free body.

One of the most abundant terpenes found among various strains, Linalool, and myrcene, are two of the most common among all strains. Together with myrcene, this combination offers the users a pungent and floral accent to your marijuana. Linalool can also be found in cinnamon, lavender, and mint. What’s interesting about linalool is its capability to induce full-body relaxation and sedation too!

As you may have guessed, Pinene is responsible for giving cannabis strains their distinct pine aroma. It is a clear and colorless aromatic compound and accounts for the vast strains that have a pine scent in them. Also, Pinene is the most common naturally occurring terpene in the world. Pinene acts as a bronchodilator and also has anti-inflammatory properties.

Not only found in cannabis but is abundant among citrus fruits. Limonene has been found to have medicinal properties as well. Limonene produces strong, pungent, and citrus scent and flavors with a bitter taste in the end. This terpene is responsible for assisting the skin and mucous membranes for the process of absorption. Limonene also acts as an anti-depressant and also can reduce gastric reflux and heartburn.

The terpene Humulene adds a “hoppy” accent to cannabis and beer. Several varieties of humulene are used in brewing beer and is a common occurrence among hops plant. Humulene’s health benefits are said to be good in suppressing appetite and exhibits excellent anti-inflammatory properties, which makes it a promising compound for losing weight.

They were widely used in perfumes due to its very aromatic nature. Ocimene is the primary responsibility for certain strains that exhibit sweet and herbaceous flavors. Also, it adds undertones like woody, citrusy, and flowery. Moreover, Ocimene is found in bergamot, orchids, mangoes, and basil. It is believed that this terpene is a protective barrier for the plant’s defense mechanism to avoid predators.

This type of terpene can be described in one word, “fresh”. Terpinolene isn’t unique among cannabis but also present in plants like lilacs, apples, cumin, and tea tree. Due to its fresh scent, Terpinolene is a common additive in soaps, shampoos, and other cleaning products. Terpinolene has the potential to reduce the risk of heart diseases and also induce sedation.

Famous for the distinctive smell of geraniums, geraniol is produced by honeybees as a means of marking their territory. It has a floral accent to it that entices other insects to lay on plants and help them pollinate. Geraniol is often used as a flavoring agent and quickly shows up in body and bath products. The good thing about geraniol is its health benefits; it has anti-oxidant, anti-tumor, and anti-viral properties that are quite exceptional.

Terpenes are just another compound found in a cannabis plant that makes us love marijuana a whole lot more. Thanks to terpenes, we get to enjoy different kinds of flavors accompanied by various types of health benefits.

This terpene chart should help you have an idea the next time if you smoke marijuana on which terpene profiles are present in a specific marijuana strain. Always remember to smoke in moderation.