What is CBN in Marijuana 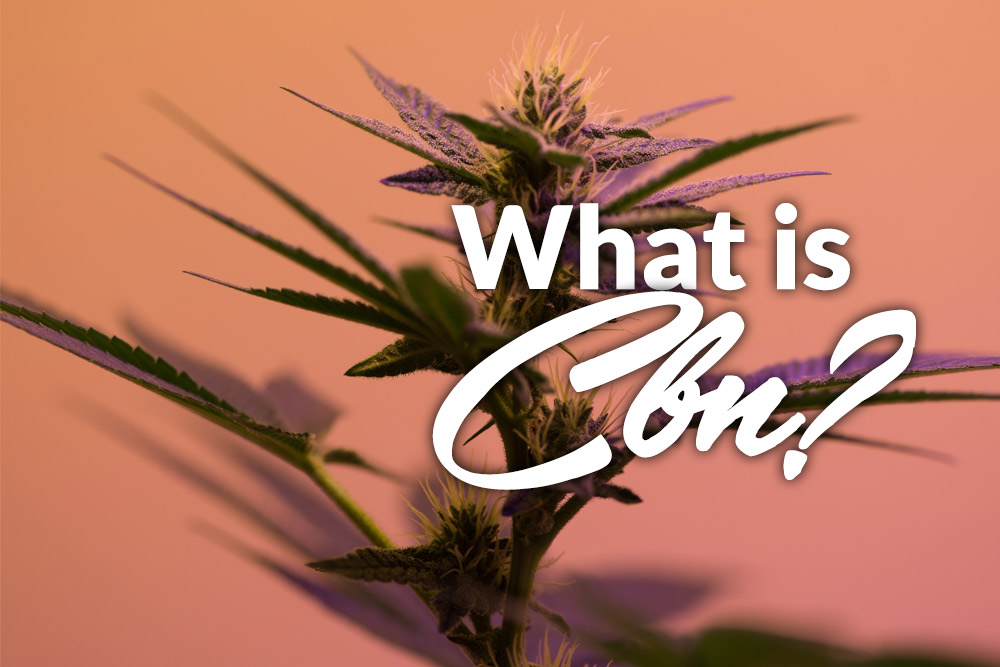 One of the many compounds found in cannabis is called CBN or cannabinol. This is a little different that the other compound people are more familiar with called CBD (Cannabidiol). The medicinal and therapeutic effects of marijuana come from the active compounds of these cannabinoids. CBN is a compound that is not readily present in a fresh cannabis plant. Even for the dried and cured strains, the content of CBN that you will find may be less than one percent.

THC is one of the products of cannabinoids and once it breaks down then that is the only time that CBN is actually produced. The classic high that an individual will get from marijuana is caused by THC which is a potent psychoactive agent. Once THC age that it is also transformed into CBN. Buds that have gone stale is where large amounts of CBN is found. For smokers, these may sound unappealing but despite this, CBN is able to show promising benefits. A couch locking and a more sedative effect is what an individual will get from cannabis strains that have a high THC and CBN content. For people that are able to find cannabis strains that are both high in THC and CBN that the effect that they will get is more on the sedative side. You have to remember though that sedation is not the only effect that CBN is able to provide. CBN though is a non-psychoactive compound which means that it has less capability in activating the cell receptors that THC is able to.

• Better sleep – Like what has been discussed, CBN is known to be a sedative. It is as early as 1976 that there is already research that shows that CBN when combined with THC, can boost the drowsy effects of it. Compared to that of THC, CBN is not known to have any psychoactive effects on an individual. The best thing that you can do to get the best result is to pair CBN with other cannabis compounds to get the maximum effect.

• Better appetite – There has also been research made by a university among rat that suggests that CBN also improves the appetite. Its effect is very beneficial for people that are suffering from different forms of wasting disease. This effect can be achieved by them without getting the psychoactive effects that THC brings. CBD, on the other hand, is an appetite suppressant which is the second most abundant cannabinoid present.

• Anti-inflammatory – the anti-inflammatory effects that CBN has been seen in its early research. For rats that have an experimental form of asthma that it has shown the ability to decrease inflammation. With the help of CBN that reduction of mucus in the lungs has also been seen. For people that are experiencing respiratory allergies or asthma that CBN is a very promising treatment. For people that also has glaucoma that the anti-inflammatory effects of CBN might also be effective in reducing eye pressure.

• Antibiotic – There has been studies done in the year 2008 which shows the surprising ability of CBN to be a powerful non-psychoactive antibiotic. The studies have revealed that CBN has successfully killed methicillin-resistant Staphylococcus aureus (MRSA). This is the type of staph infection that s resistant to an antibiotic. If the infection has not been controlled that it can yield very painful results and may result in amputation or even death. This type of bacteria is also addressed by both CBD and THC.

• Pain reliever – Acting the same pathway as that of THC is what CBN is also able to do. This one has been seen in a study made in 2002. These compounds tend to tap into the nerves which are known as the capsaicin sensitive sensory nerves. These are the nerves that are also activated once an individual will take in capsaicin which is abundant in peppers. It is also capsaicin that is included in topical pain ointments that you will see in the market.

Where to get CBN

The perfect way for you to get CBN is to make sure that you will age your cannabis flower. This can be done once you will push back your harvest time. Prior to cutting down your plants that it is better to let the trichomes begin to develop an amber coloration. When this time comes that you can now dry and cure them. Getting CBN is to as complicated as what you think. You have to remember though that the creation of THC to CBN can be affected by different factors and most of them are environmental. Light, air, heat, age are the four most common factors that affect the conversion of your THC to CBN.

Always remember that buds that have been sitting out and have become stale are the ones that tend to have more CBN on them. It is important not to sacrifice the overall quality of the bud while trying to allow the THC to degrade on its own. In order for you to do its one, you will need to have cure jars. Place these containers in a bright warm place with a humidity of around 65%. To let out the humidity that has built up that poking little holes on top of the jar night also do the trick. This one needs to be done while the THC is degrading. If there is evaporation that is present in the jars that burping them once in a while may also help. A jar that is more airtight might be needed by you if the flowers that you have are drying faster than expected. Keep these jars in a cool dark place.