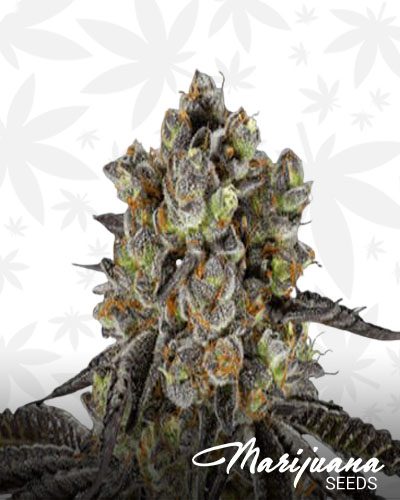 Blue Goo is a sativa-dominant hybrid, which is a combination of the famous hybrid Blue Dream and indica Afgoo. A moderate to high potency yields a generally loose and ecstatic effect that is standard for sativas, but not excessively energetic thanks to its Afgoo attributes as well as the mellow nature of the Blue Dream. This strain is appropriate for day or nighttime use, as this makes you socialize.
Blue Goo is a potent and popular hybrid with the best qualities of its genetic predecessors and packs light, social stoned good from your head to your toes. The Blue Goo strain, like its name, suggests, sprouts a variety of vibrant colors from dark purple to rusty red-orange. Though the identity of the original breeder is unknown, Blue Goo continuously grows in popularity in legalized states.

What are the Flavor and Effects of Blue Goo?

Blue Goo’s taste has diverse flavors of blueberry, pine, lemony, and in some cases, vanilla. Smooth smoke and berry taste characterize this strain. This strain makes you happy, euphoric and uplifted. You may also feel relaxed and brings out your creativity. It is also a stress reliever. This is best taken in the afternoon to early evening because, at this time, our body is gearing towards the transition to a relaxed state. The lack of delirious “mind race” make this strain good for calm and creative thinking. This is good for analytical approaches to problem-oriented situations.
In such a short time, Blue Goo’s indica side surfaces as a relaxing physical tingle. These restful vibes will not immerse users into unmoving couch-lock, but it makes some more active activities like exercise or running errands uneasy. Instead, smokers may want to stay indoors with friends as they enjoy Blue Goo’s sedation.

What are the Medical Benefits of Blue Goo?

Blue Goo can lessen off the usual symptoms of mild to moderate anxiety, depression, or PTSD. This strain may also serve as an effective analgesic for aches and pains due to injury or more chronic due to conditions like lupus or arthritis. Users do not often report an uncontrolled feeling of intense cerebral thinking or paranoia; Blue Goo may be a good choice for those users with panic disorder or those people with a low tolerance for THC. It relieves anorexia, fibromyalgia, and insomnia. It can also cure ADHD, Glaucoma, and depression. It also treats nausea.

Negative Effects You Can Expect from Blue Goo

Blue Goo carries a high THC potency. When consumed in large quantities, this may lead to dry mouth and red eyes. This strain can cause paranoia, fatigue, stress, and pain.

How to Grow Blue Goo?

No seasoned breeders have made seeds of Blue Goo available online. Those who want to grow this strain will need to get clippings from mature, healthy plants in order to produce familial identical “clones.” This strain can be grown both indoors or out. Though successful outdoor planting needs a semi-humid climate with daytime temperatures in the 70 to 80 degree Fahrenheit range. Those looking to emphasize Blue Goo’s striking purple hues should also expose their crops to colder than average temperatures late in the dormancy stage. Blue Goo flowers within 9 to 10 weeks when grown indoors.