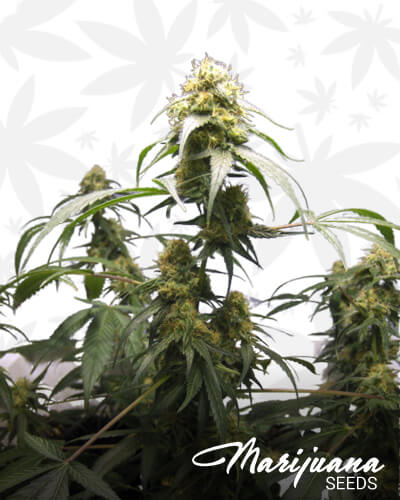 Green Crack Kush originated from Athens, Georgia, in the year 1970. It is said to be a descendant of the first Skunk hybrid strain, Skunk #1, an Indica- dominant hybrid known for its sedating and relaxing properties, which have influenced cannabis on a global scale. A hint of Afghani landrace indica, the first known cannabis breeder in the world. The strain is actually pure cannabis and was initially called “Cush” but was redubbed by cannabis connoisseur, Snoop Dogg, and later on, became “Green Crack.” It was named Green Crack because of its relative effect to Crack’s, considered an energy booster by users, for it provides alertness and an awake mind throughout the day. Green Crack Kush is considered an exceptional wake and bakes strain, for it may help boost energy, which can soon manifest in a user’s mindset. Yet, vigorous use can result in a psychedelic effect such as visual distortions and time dilation. Hence, the strain is not recommended to be used at night.

What are the Flavor and Effects of Green Crack Kush?

The flavors of Green Crack Kush are citrusy, fruity, and earthy and are relative to the taste of juicy and ripe mango. The strain is dubbed as an energy booster and benefits users in creative tasks as it also gives off a sharp sense of focus. Some users report that this property of Green Crack Kush had given them a keen eye for drawing and music. Whoever uses the strain may feel energized and inspired; thus, making it an excellent wake and bake strain.

What are the Medical Benefits of Green Crack Kush?

Due to its lesser indica properties, Green Crack Kush doesn’t offer a wide range of medical benefits. However, it gives off grave assistance to those who are fatigued, anxious, depressed, stressed, or exhausted so users would keep up in what they were doing whatever their days turned out to be.

Negative Effects You Can Expect from Green Crack Kush

The most common effect is dry mouth and is easily manageable, which is why in-taking hydrating fluids are suggested before and after using the strain. Rare effects can be distinguished as dry eyes, paranoia, and occasional dizziness.

How to Grow Green Crack Kush?

To grow Green Crack Kush is easy and the right choice for newcomers to cultivation since cultivating indoors and outdoors are highly suitable. You have to follow its growing requirements and necessary procedure to grow the Green Crack Kush healthily with good yields. For outdoor, temperature stability is highly recommended, with a range of 72 to 80 degrees Fahrenheit. The temperature requirement is not going to be a problem if cultivated indoors since it’s more controllable. To allow the lights to stretch up to its stalks and produce as many buds as possible, the growers should practice proper “topping,” which involves trimming of broader leaves at the top.