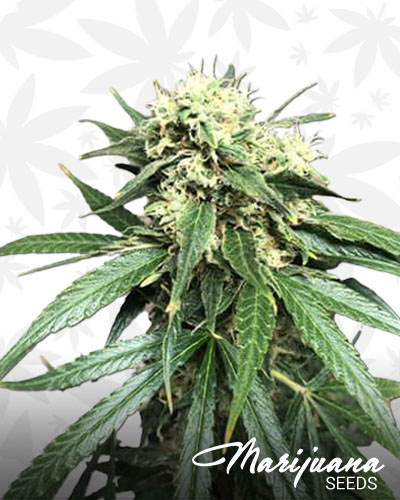 You can indulge in the banana smell and taste of this hybrid strain sold by Breeders Apothecary Genetics. It is the cross of Banana Kush and OG Kush that belongs to the Triple X Kush line. Its vapor is similar to the flavor profile of kush with tones of banana.

It has a reputation of being a creeper for those who smoked it in a generous amount. It leaves them in a nearly comatose condition then followed by sleepiness and hunger.

This Indica dominant has strikingly large buds that are narrow and in the shape of a spade. They’re also packed and dense. The rust-colored hair spreads on its pale green leaves. It has trichomes in an amber color that gives it a bit yellowish shade.

What are the Flavor and Effects of Banana OG?

The mix of haze, kush, and the skunk is surprisingly mild and sweet. This strain brings the subtle flavor and scent of banana fruit and with a hint of citrus when it’s properly cured. It has a bit of grassy and earthy odor after it was crushed.

The effect gets into the user’s system in a few minutes. It uplifts the consumers to the euphoric state, but it manages to keep them relaxed, focused, and creative. It establishes holistic relaxation in a pleasurable way. You might want to smoke this at night or early evening. Even though it ignites creativity, couch-lock dominion is its common effect.

What are the medical benefits of Banana OG?

It’s versatile in its medical usage. When a person is stressed and depressed, it will lift his spirit. It doesn’t overstimulate the senses as other strains do. You can overcome insomnia together with this strain. It enables you to gain restful sleep.

It can conquer pain. When you’re on the point of having no appetite, it will also be the solution to this problem.

Negative Effects You Can Expect from Banana OG

It leaves the dry mouth, and eyes like any strain will do. There’s also a possibility of having red eyes. The heady high of Sativa will lead to headaches, dizziness, and paranoia in some cases. So it’s not the right choice for those who have anxiety and people who are easily trapped in panic.

How to Grow Banana OG

This plant can be grown both indoors and outdoors. But it’s a tricky procedure because it has a rigid bud formation and thin stems. The bud’s weight might break the stems, in this case, so you have to be extra careful.

Growing this outdoors would only require standard gardening techniques. It must be located in a semi-humid climate. The daytime temperature should be in the range of 70 degrees Fahrenheit.

It grows into a short bushy plant, so broad leaves that can block the light should be trimmed. The purpose is to enhance the yield of the crop.