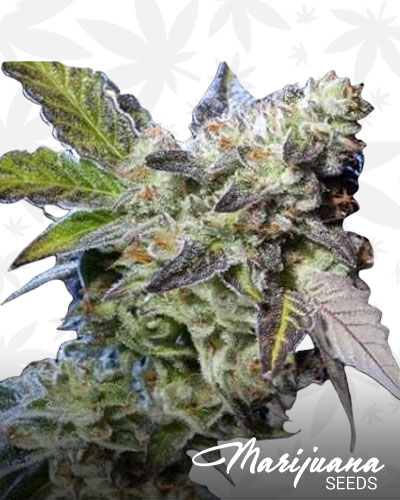 A Netherlands-based breeder called Bomb Seeds created this sedative hybrid strain. It’s a combination of Bomb#1 and Blueberry, which received an award as the best Indica in the High Time Cannabis Cup in 2000. It is the answer to your body’s needs of an afternoon nap and a good night’s sleep. It stimulates the senses to mellow unwinding.

It’s relatively a creeper even though the massive effect will fall on the user in fifteen minutes. Smokers can enjoy the fruity taste and high potency. It can be used solo or with friends to make a celebratory ending for a busy day.

The buds that it produces can be from small to medium size. They’re compact in dense and pebbly clusters. The curly leaves are in the hue of mossy green, and the pistils range to orange to rust colors. The translucent white trichomes give it a sticky texture and dewy appearance.

What are the Flavor and Effects of Berry Bomb?

The smoke is smooth and thick, and it pleases the user’s taste buds. It has undeniably blueberry taste. The ground version has woodsy hints of pine and cedar with peppery essence. The aftertaste is consists of vanilla and citrus.

The scent of this strain tempts smokers, and it may be pleasant, but one should be aware of its potency. Its effect goes down in a matter of ten minutes. It starts with light pressure on your eyes and tingling sensation. Then, uplifting and euphoric feeling induces a mental high. But it would still keep you focused.

When those effects are creeping down, the body is laid rest to complete relaxation. It puts the user to sleep once the effect wears down.

What are the medical benefits of Berry Bomb?

The uplifting effect is the reason why it’s made as a medication of depression, anxiety, and stress in mild to moderate cases. It helps people with their battles with pain and aches like having nausea and headaches. It also aids those who have sleeping disorders. It relatively has low cerebral intensity so people with low tolerance or the ones who are prone to panic.

Negative Effects You Can Expect from Berry Bomb

It leaves users with dry mouth, and it’s a common adverse effect with any breeds.

How to Grow Berry Bomb

It’s not a sensitive plant to grow as it can manage to develop both indoors and outdoors. However, growing it outdoors brings out its full potential. SCROG method is good for it when it’s planted indoors. Soil is used either as a medium or hydroponics. Its short and busy stature can be easily accommodated.

It is resilient to mold and adverse conditions. It turns blue with low temperatures, preferably at night. It’s okay for beginners to start with this kind of crop.