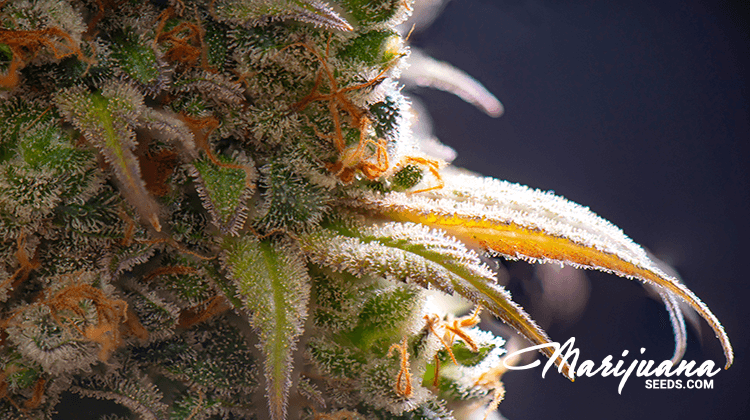 In recent years, cannabis has been quite controversial. It has become the center of debates to different medicinal societies and communities as for legalizing it not. Nevertheless, there are few countries who had been taking action to at least allow the use of recreational and medicinal cannabis. In fact, there are a lot of dispensaries and cannabis stores opened to address its use to people.

Tracing back in history, cannabis has been once legal. It has been even cultivated on several acres to be used as a source of fabric in the textile industry, a smoking medium, and as a food supplement. It has been served in elite parties and sold in pharmacies.

However, the advent of the discovery with its psychoactive property had caused the plant to be banned in multiple countries. It was labeled as a ‘narcotic drug’ analogous to opium, heroin, and ecstasy. Moreover, the plant was prohibited for cultivation and further, sold or even studied for research. Fear was often encrypted to those people who hear this plant. It was avoided and conceived as evil or bad.

Its illegalization is only caused by one reason.  First, it believed to induce psychosis and paranoia. Then, it will kill and destroy your lives brought through addiction. However, is these ‘assumed facts’ all true? In this article, we’ll conduct more intensive research and learn the psychotic-effects of cannabis plants. Moreover, we’ll try to understand its basis presenting concrete and factual evidence to support it.

Cannabis and its Genetics

Cannabis plants are often referred to any flowering plants that are part of the genus Cannabaceae. It’s important to recognize that cannabis is divided into three types of genetics; (1) the cannabis sativa, (2)cannabisindica, and (3) cannabis ruderalis.

Nevertheless, each of its species possesses different physical and chemical characteristics. Thus, when you’re thinking of cannabis, the plant refers to not only a single species. However, you’ll talk about three species with wide-ranging available strains.

The cannabis sativa subspecies refer to your typical marijuana or pot. It possesses psychoactive property often use as a recreational drug. Actually, this cannabis variety is the main reason why cannabis plants were prohibited for use in other countries.

The other subspecies named cannabis sativa L. is what you call ‘hemp’. These varieties incorporate strong fibrous content for use in the textile industry. Nowadays, hemp production is rarely employed in different industries as it has a close connection to cannabis plants.

Another species called ‘cannabis indica’ is a term derived to cannabis varieties which are primitively grown in the Middle Eastern area. Unlike the cannabis sativa species, the cannabis indica doesn’t contain any psychoactive effects. Rather than, these species induce relaxing and sedative effects upon use. Likewise hemp, indica strains are usually banned through its existence is prevalent and few medical drugs and products sold in the market.

The cannabis ruderalis or sometimes referred to as ‘the autos’ are photo-period flowering cannabis plants. These species have a small stature and have short vegetative period. Harvesting also takes at least one to three months for this species. That is why most indoor growers prefer to cultivating this type of plant.

Typically, the ruderalis strains could either be psychoactive or sedative. There’s a diverse chemical composition for this genetics as it’s exemplarily bred with different cannabis strains.

Cannabis is a complicated plant species. There’s still a lot of it to discover with its wide-ranging available strains and varieties. Nevertheless, its diversity makes it more unique among other plant species. In fact, there are countless strains had been bred by different cannabis breeders.

However, for basics, we’ll just discuss the most important chemicals present in a typical cannabis plant. This includes the following;

Terpenes are a set of organic compounds that induces flavor or aroma to the cannabis plants. It’s often accumulated in the buds or on the leaves of the plants. Nevertheless, there are at least 20,000 different types of terpenes.

Apart from the production of a distinct aroma, terpenes work well with cannabinoids to further do its therapeutic benefits. Moreover, terpenes have the capability to drive away pests and lure around pollinators.

Among the most prominent terpenes in cannabis plants include the myrcene, limonene, pinene, and linalool. A single cannabis strain typically doesn’t have the same amount of terpenes as it consequently varies one from the other.

VIDEO: What are terpenes? | Weed Easy

There are two most notable cannabinoids that heavily influences the traits of cannabis. Exclusively, the cannabidiol (CBD) and tetrahydrocannabinol (THC).

Tetrahydrocannabinol (THC) is one of the most important cannabinoids present in cannabis. This component manifests psychoactive activity that prevalent sativa strains possess. Consequently, it causes paranoia and even psychosis as multiple types of research hold a claim.

Despite its negative perception, THC potentially could be therapeutic for use in different illnesses and conditions such as pain management, anxiety, increased appetite, glaucoma, epilepsy, and fibromyalgia.

This presumed dangerous cannabinoid could be bought as a prescriptive drug with a trading name of ‘Marinol’. This drug is used to prevent seizures due to various epilepsy conditions.

Cannabidiol (CBD) is the counteracting effect of THC. Instead of psychoactive effects, the CBD manifests relaxation during use. It induces sedative effects with therapeutic benefits in the body. Its often used to treat illnesses including insomnia, diarrhea, fatigue, and weakness. However, multiple studies are being done with this cannabinoid as it possesses potentiality on treating even chronic conditions such as cancer, AIDS, and even diabetes.

Though still banned, CBD is unnoticed to be sold in various markets as an additive to drinks, food, lotions, chocolates, and shampoos. It goes under a trading name Epidiolex (approved by FDA) which is used to treat some epilepsy disorders.

To understand the science of psychosis in related to cannabis, it’s important that one must at least acquire some knowledge of the endocannabinoid system.

The endocannabinoid system works differently as compared to other neuro-related systems. It undergoes retrograde signaling wherein information travels from post to presynaptic neurons.

Upon depolarization of neurons, nutrient accumulation could happen due to intense neural activity. This buildup will result in an imbalance and further causes the release endocannabinoids from membrane lipids.

Certain parts of our body contain endocannabinoid receptors. Upon the discharge of endocannabinoids, it will significantly bind to the receptors (such as CB1 and CB2) activating neurotransmitters ( e.g. g protein) to send signals into specific parts of the brain. Furthermore, it suppresses pre-synaptic signals, inhibiting or exhibiting bodily functions affecting digestion, mood, and hormonal regulation.

After these, endocannabinoids are taken into the cells and degraded through directly assigned hormones.

Why Cannabis is ‘Psychotic’?

Psychosis is a symptom often experienced with people having a mental illness. Its usually characterized by delusions and hallucinations, one which is beyond reality. It refers to any unreal sensory experiences that entirely affects the behavior or mood of a person. Moreover, mental illnesses with psychosis as a symptom includes schizophrenia, bipolar disorder, PTSD, and often severe depression.

Back into the discussion, arguments on cannabis inducing psychosis are prettily valid. However, it seems a bit complicated as it is. Not all cannabis varieties promote psychosis. In fact, only cannabis sativa or marijuana has a vulnerability to intensified psychosis.

A study conducted by the King’s College of London found out that someone who smokes marijuana three times a day will likely to develop any psychotic disorders. Nevertheless, THC rich marijuana (more than 10%) increases the risk of experiencing psychosis.

Separate research also was done in Brazil to identify the relation of psychosis to smoking marijuana. The researchers tested 900 psychotic patients to over 1200 people residing in Europe and South America.

The Link between THC and Psychosis

Normally, the endocannabinoid system maintains homeostasis in our body. However, upon the interaction of seemingly ‘endocannabinoid’ aka THC, it binds EXACTLY to the CB1 and CB2 receptors.

Upon binding, neurotransmitters in the brain will send signals indirectly to inhibit or allow various functions. Consequently, one of its inhibitions includes decreasing the dopamine levels in the brain.

Dopamine functions as a neurotransmitter and a hormone regulating motivation, mood, and emotional responses. It’s usually limited through the GABA neurons which are located in a specific neurological pathway in the brain.

The interesting matter is that dopamine itself doesn’t contain any of these CB1 or CB2 receptors. Nonetheless, the GABA neurons possess these receptors that in turn, will inhibit the function of dopamine upon consumption of a THC rich material. Without limitation, dopamine levels illogically elate and increase in levels sending the user to hallucinations and delusions. Thus, an increase of THC concentration and frequent use of marijuana could cause psychosis, turning into a mental disorder as should be prevented.

Why Cannabis is ‘Anti-Psychotic’?

Surprisingly, this is also true. In particular, the CBD-rich indica strains are considerably helpful to psychotic patients and incredibly even anti-psychotic. It alleviates psychosis and reducing the episodes of hallucinations or delusions to various psychotic patients.

To prove this, research was conducted by the Institute of Psychiatry, Psychology, and Neuroscience to prove the antipsychotic effect of CBD.

The study centers on 33 young people who are experiencing prevalent psychotic symptoms. Separately, 16 of the controls are given single doses of cannabidiol and 17 are in placebo. To further understand, a study of all of its brain activity through an MRI scanner was done along the process.

The results of the research show that the brain activity of those patients experiencing early symptoms of psychosis with cannabidiol dosages have an improvement in its brain function. This influence has said to be caused by using CBD treatment.

However, there are still uncertainties regarding the CBD treatment for psychosis. The required dosage for treatment and the persistence of its effects upon long term use is also questioned.

Moreover, continuous studies are being done to answer these questions. Actually, there’s a large-scale human trial being done for psychosis.

How CBD reacts in the brain?

In all honesty, there’s still no accurate explanation as to how CBD boosts brain function. Scientific researches once thought that CBD interacts with CB1 and CB2 receptors or either one of these two. However, it was disproved into another study.

Apart from that, studies have shown that CBD affects the receptor called serotonin. Serotonin regulates mood, anxiety, and cognitive processes. Also, it has been indicating to influence the opioid receptors that control pain.

Generally, cannabis is truly a complicated plant. Like in any other things in this world, it has definitely its own bad and good sides. With an excess of THC use, it would exhibit paranoia and even psychosis. However, with moderation and low intakes, marijuana is totally safe and doable.