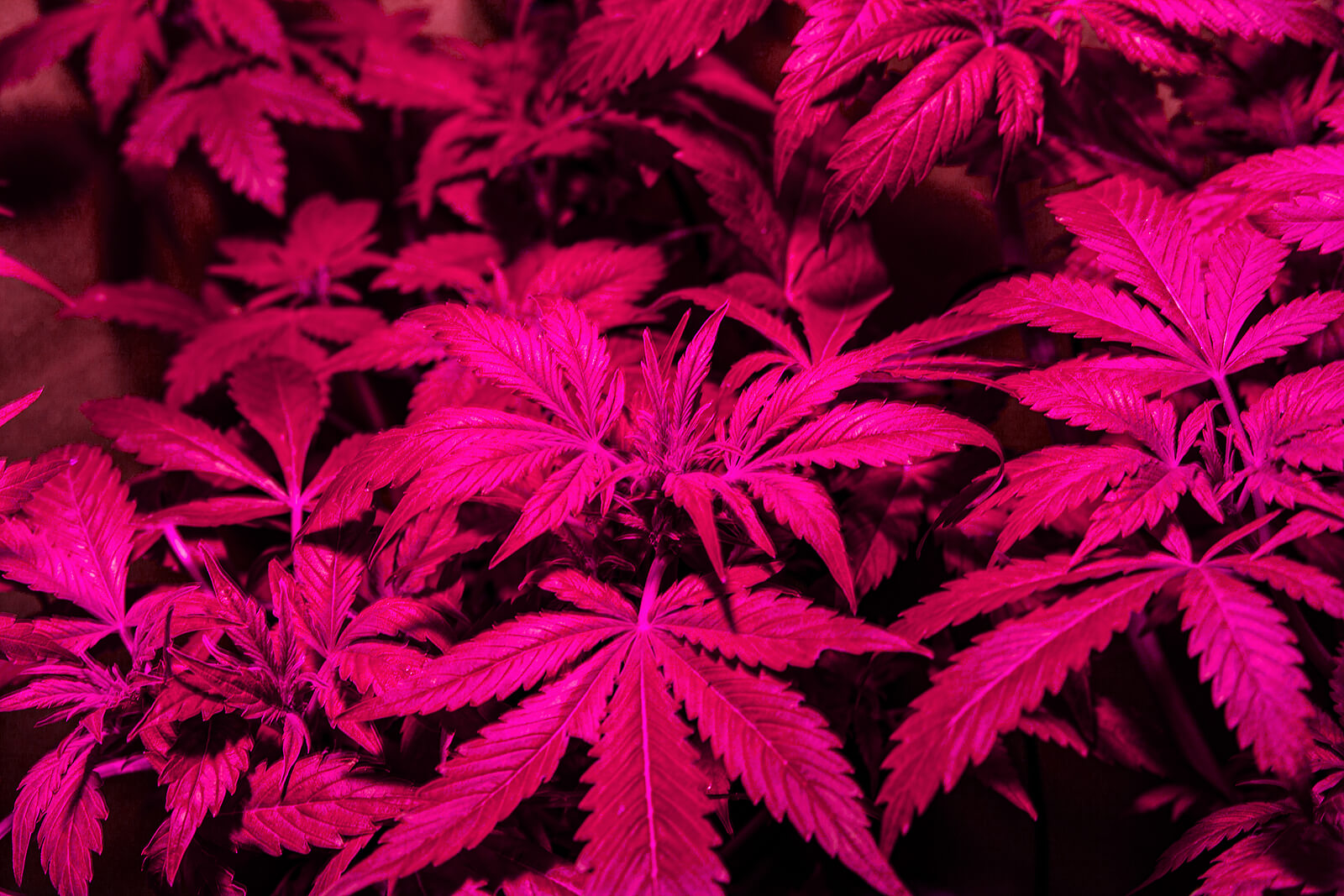 In growing cannabis plants, light is an important parameter that should be considered. It should be supplemented properly into your plants for it to grow well. Light is the secret tool that growers hold to produce more cannabis buds. It is also used to ensure that the buds will be highly potent as it should be. With the sensitive nature of cannabis plants, it is indeed critical to adjust on the light intensity and color on each stage to cater for the required amount of light that the plant needs.

That is why a lot of indoor growers tend to purchase a full-color spectrum of lights for their plants to maximize its growing and budding potential.
In this article, we will explore the lighting of the cannabis plant and the spectrum it induces per stage for it to grow well consecutively. Let’s also discuss the importance of each spectrum of light for the growth of cannabis plants per governing stage.

We are always amazed upon looking into the glamour of rainbow on its full-pledged of seven colors on it. Nevertheless, we’d never ask out to ourselves how this colors had come to life and decorated into the sky. Basically, it all goes down with wavelength. Each color on the spectrum of light is made up of different wavelengths that are translated upon our own human eyes with the colors that we’d seen.
This various wavelength of visible light makes up the colors ranging from 700 nm at the red edge to the 400 nm at the violet end. The color that we’ve perceive upon is determined according to the reflective or absorptive capability of the object with its corresponding wavelength and frequency. Respectively, white being fully reflective and black as absorptive.

Color Spectrum and the Growth of Cannabis Plants

As you’ve known, there are a variety of grow lights that are being sold in today’s market. If you’ve noticed, there are some lights offering different color spectrum while there is the light who still induces a single white light. Though, it will bring you confused as to how the latter functions as compared to the other. For some, colored lights could be a decorative feature or layout. But nonetheless, it makes a measurable impact on the amount of energy that the plant absorbs or reflects. Thus, each level from vegetative to the flowering stage is exposed to different wavelengths of light to maintain the processes concerning photosynthesis and bud production.
For further information, here are some of the colors with their corresponding wavelengths and their purpose to the cannabis plants. Respectively, this includes: 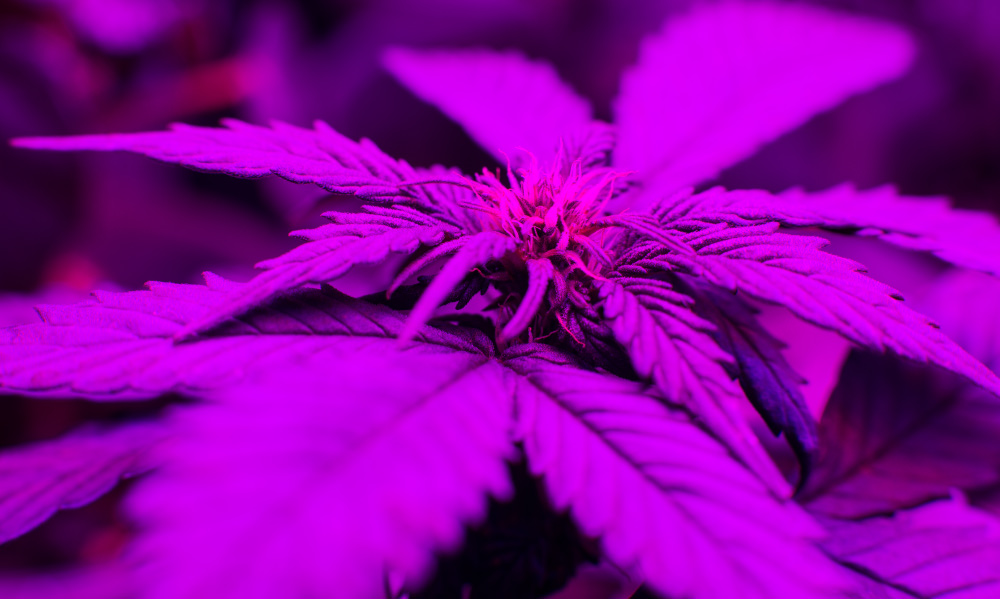 Ultraviolet Spectrum
With a governing wavelength ranging from 10-400 nm, this rays of light are known to be harmful upon exposure to skin into humans. That is why, as much as possible, we always spend ourselves away from the sun during peak hours to avoid getting affected by this type of light rays. Though the same is true for most plants, cannabis had shown different reaction as to a particular UV type of light.
Generally, there are two types of UV rays: the UV A and UV B. UV A, the higher type of UV light is considered to be damaging to the plant. Nevertheless, plants are incorporated with a natural defense mechanism for UV lights herein they secrete chemicals, enzymes, and antioxidants to prevent further damage. But consequently, it’s still destroying at greater concentrations.
In comparison, the UV B lights (near blue light) is considered to be helpful into the cannabis plants. Though there is no current study to prove this, a lot of growers are convinced that this type of light increases the potency or THC levels of cannabis plants.

UV B lights could be mainly obtained through sun’s exposure. It minimally contains most grow lights since it is known that UV lights are harmful to plants. But nonetheless, there are existing grow lights that offer an extension to the full spectrum of visible light including the UV B and infrared light.

Violet Spectrum
Enjoying the wavelength range from 380 to 450 nm, this color sits in the middle between blue and ultraviolet. Nevertheless, this light concerns more on improving the taste and color. Similarly to the nearly UV-B light, it increases the THC levels of the plant.

Blue Spectrum
The next in line would be the blue light. It has a wavelength ranging from 450 to 495 nm. This color is used during the vegetative stage to promote the growth and development of the plants. It keeps the plant stable with strong stature and aids in photosynthesis. Plants who lack in blue color would often turn pale or yellow and weak as it not should be.

Green Spectrum
While the green light is barely noticed, this 495 to 570 nm wavelength of light plays an important role in various processes during plant’s growth. They are mostly involved in the seedling and vegetative development, the exchange of CO2 and O2 from the air, and stem growth. It also plays a minimal part in the photosynthesis of the plant. As shown through studies, a maximum amount of 24% of green light should be poured upon into the plant for it to grow successively.

Yellow Spectrum
Having wavelengths from 570 to 590 nm, this color of light has been known to show little importance during photosynthesis. However, the color is said to be beneficial during flowering stage promoting budding. Other than that, the color held not much importance on the preliminary stages of the plant. In contrast, exposure during early stages with yellow light could induce stunted growth as the plants do not absorb this type of light.

Red Spectrum
The last on the line, red incorporates a wavelength range from 620 to 750 nm consequently. This color of light has known to be essential during the flowering stages of the plant. Like the color yellow, this light induces flowering and budding of the cannabis plant. Thus, a lot of growers tend to put more red once their plant reaches the flowering phase. Though, this color is still visible at a minimal concentration in combination with blue during the early stages of the cannabis plant.