Welcome to South Africa: The Untapped Cannabis Heaven on Earth 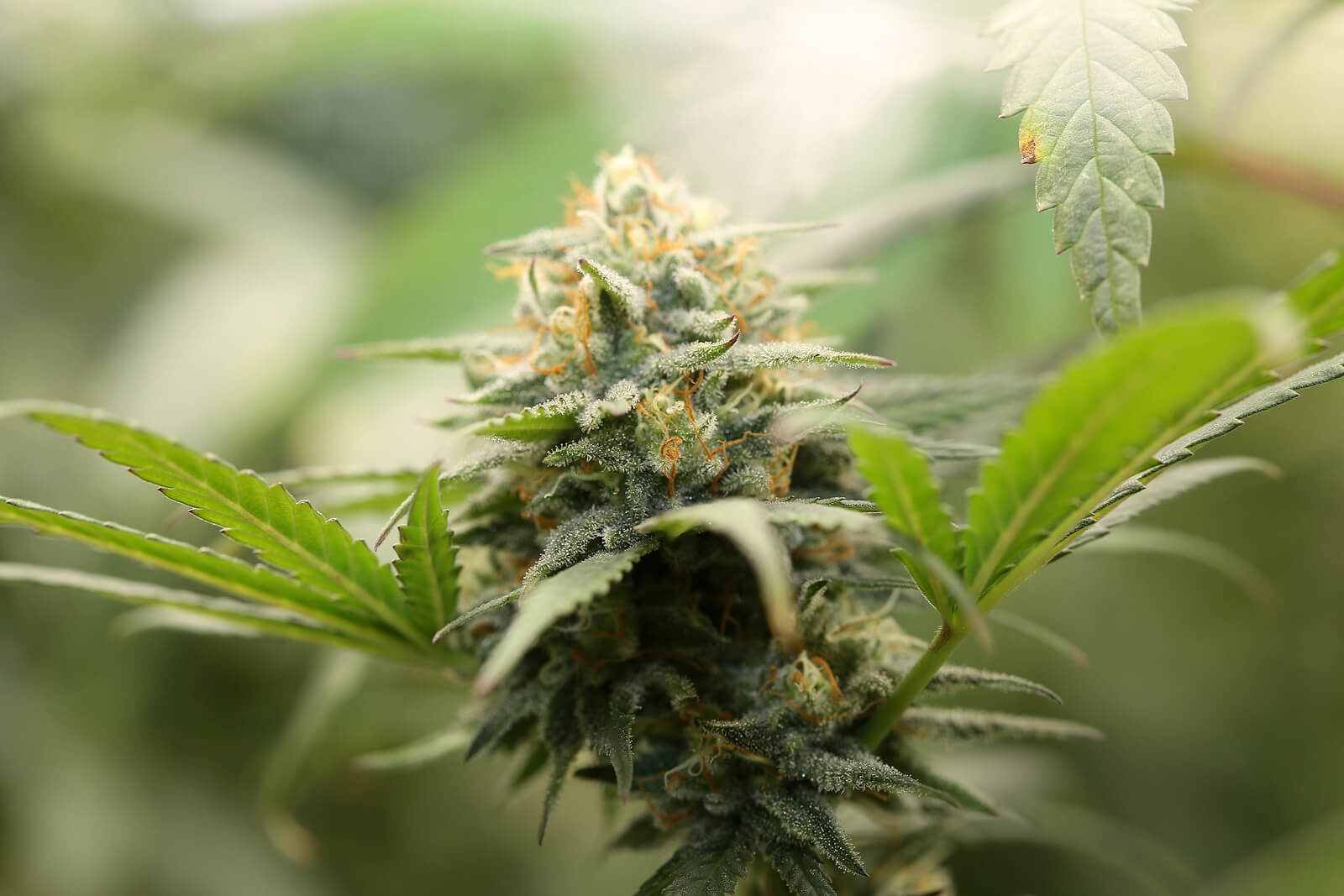 In 2018, South Africa joined the list of countries around the world to legalize adult cannabis use for both medical, as well as recreational purposes. And so, welcome to South Africa, cannabis aficionados; welcome to the untapped cannabis Heaven on Earth!

The truth of the matter is, South Africa has had a very long, and in fact, quite complex, deep, and yet simultaneously complicated history with weed. Based on stats from 2008, and despite that marijuana was still illegal back then, an estimated 3.2 million South Africans have been consuming pot a full decade before marijuana got finally legalized.

Nowadays, South Africa still has a very long way to go when it comes to establishing well-working marijuana regulations. However, South Africa is slowly but surely walking towards becoming one of the major players in the booming cannabis industry.

Early History of Cannabis in Africa: Amazing Facts worth Getting Acquainted with

South Africa’s role in the marijuana trade has been a huge one long before marijuana was legalized in the country in 2018.

According to Interpol reports from 2003, South Africa was estimated as the fourth largest producer of weed in the world!

But what’s more, Interpol reports further highlighted that it is exactly from South Africa where one-third of the seized cannabis supplies which were ready to hit the global illicit black market originated from.

Now, one might be wondering when did cannabis become popular in Africa anyway?

Fortunately, there is solid evidence on that question.

The history of cannabis in Africa is, indeed, a very long one, since cannabis has been an intricate part of the country’s ancient history starting all the way back to 2000 BCE.

It was exactly at some point around 2000 BCE when the ancient Egyptians were already using cannabis as a powerful, all natural remedy for the treatment of sore eyes. It is not only the complex pictures in Egyptian tombs that provide strong evidence of the way ancient Egyptians treasured cannabis not merely for it’s medicinal but also for its spiritual value.

What’s more, it is in one of the oldest and most historically important medical texts from ancient times the Ebers Papyrus where a number of plant-based remedies, including but not limited to remedies containing cannabis, were compiled. Some of these ancient remedies included grounding celery in cow’s milk, remedies based on ground corn preparations, and nonetheless, remedies making use of cannabis ground in honey.

But cannabis was not only used to treat disorders and/or diseases affecting the female part of society in ancient Egypt. Various Egyptian prescriptions making use of cannabis were mentioned as remedies for the treatment of glaucoma, cooling the uterus, hemorrhoids treatment, as well as treatment of inflammation.

When discussing the very roots of marijuana use in Africa and the correlation with ancient Egypt, it is important to highlight that Egyptians were highly spiritual people, just like Africans. Words and phrases such as “magic,” “harnessing natural laws’ power,” “trance-like states of mind”, and, nonetheless, “higher states of consciousness,” all wrapped up with the firm belief in the afterlife were not treated as less real than anything that existed in the material world.

By the 13th century, cannabis spread to Ethiopia and Mozambique starting its journey from Egypt.

It was in 1922 when the possession of addictive substances became criminalized in South Africa. Because of these regulations, the sale, possession, and nonetheless, the cultivation of marijuana became illegal throughout the country.

Following up what the international criminalization of marijuana in 1925. Then in 1937, the Weeds Act was introduced. The Weeds Act contained clear rules regarding the restrictions posed on cannabis. But the South African government did not stop here.

Guided by the need for more comprehensive laws when it comes to the ban on marijuana, the South African government passed additional legislation in 1971. In 1992, further legislation was passed. But the newly posed explicit cannabis regulations did not really seem to work in favor of limiting drug trafficking rates, nor of limiting cannabis use in the country.

The ferocious war with marijuana lead by the South African government reached its peak in the 1980s when aerial herbicides were distributed using helicopters in order to eradicate marijuana plantations.

But in the 2000s, just like a new century was on the rise, so was the South African marijuana advocates’ and enthusiasts’ spirit, strength, willingness, passion, and determination to fight for marijuana legalization.

An incredible example of the impressive and inspirational way how South Africans managed to earn freedom for marijuana are the daily “cannabis walk” organized annually each May in Cape Town. The “cannabis walk” movement started in 2000 with hundreds of participants joining the unique initiative, the number of participants in the following 7 years grew to 6000!

The culmination of South Africa’s fight for marijuana legalization happened in 2009 with the emergence of the “Dagga Party.” “Dagga” is the South African term for “marijuana.”

Founded by marijuana activist Jeremey Acton, the “Dagga Party” had clear goals and crystal clear claims: the members of the party insisted that marijuana users should have the same rights as alcohol and tobacco users. The party wanted to elect a representative who would support cannabis legalization, and nonetheless, the legal, sacred rights of marijuana users to medicate or entertain responsibly and freely by opting for cannabis use and/or cultivation.

Dr. Mario Oriani-Ambrosini’s efforts are, in fact, the real culmination of the marijuana legalization movement in South Africa, for his extraordinary creation the Medical Innovations Bill lead to the official legalization of weed production for medical purposes. 17 February 2018 became the date that marked forever the history of South Africa and marijuana for the better.

South Africa’s Marijuana Industry in the 21st Century: An Unlimited Potential for Growth and Development

South Africa is truly a country like no other. There are several distinct, invaluable ecosystems with global importance that mark South Africa.

From the Cape of Good Hope craggy cliffs through the inland number one safari destination Kruger National Park through the lush wine lands and the breathtaking beaches of Western Cape through the Garden Route’s serene lagoons and forests, South Africa is a tiny piece of Heaven on Earth with HUGE tourism potential that is simply bound to grow and expand within the following years.

Some say that South Africa is the whole world in one country, and we can’t agree more. Plus, when South Africa’s mesmerizing, wild beauty is coupled with the legal opportunity of enjoying locally grown cannabis strains, it really seems like entering another dimension of pleasure and ultimate release for the senses. Last but not least, we must not forget that South Africa plays a crucial, vital, much-needed role in preserving the biodiversity on the planet.

So far, marijuana has been officially decriminalized in South Africa as of September 18, 2018.

Local adults are now allowed to possess, cultivate, and use cannabis. But, it is not all flowers and roses. The possession, cultivation, and use of cannabis are legal only if adults do so in private, away from the public radar.

Taking these facts into considerations, cannabis legalization laws in South Africa seem to come with a catch: laws do not apply to the public sphere, at least as of now. Furthermore, it is still uncertain what will happen to all of the South Africans who remain imprisoned because of cannabis possession charges.

So, what about tourists? Can you buy weed legally in South Africa?

Well, at least as of now, you can’t, although it is more than logical to assume that if you get to hang out with the locals, you can enjoy as much South African weed as you want without this being a crime if you stay strict about not consuming marijuana in public spots.

You can save yourself any possible trouble with the local law for as long as you do not attempt to search for weed to buy from the illegal market but rather than this, to approach the weed culture in South Africa in a more creative way; think of it as a means to support the locals by offering them money for their hospitality, the meals they shared with you or whatever comes to your mind which is different than paying someone directly for weed.

However, regardless of the uncertainties, the marijuana industry in South Africa has already started to emerge, and it seems simply unstoppable! Various businesses engaged with cannabis growing equipment, packaging, branding and design have started to prepare for the eagerly expected boom of the newly established South Africa cannabis industry in the next few years.

Some experts dare to believe that the boom of the marijuana industry in South Africa will inevitably lead to a major boost in the local economy, as more and more locals can be employed in the newly rising industry.

Ultimately, taking into account South Africa’s extremely favorable climate when it comes to cannabis cultivation all year-round, it is more than logical to assume that the next big step after setting up well-working cannabis regulations and taking advantage of the huge investments in the niche, what is bound to follow up is the expansion of marijuana tourism in the country.

Despite the difficulties related to crystallizing the cannabis laws in South Africa, the first weed expo in South Africa’s history took place just recently, thus, firmly stating that the country’s weed potential is not about to remain only a fantasy but that many are willing to put their hearts and souls into turning the country into a place where one can sink in an unparalleled cannabis nirvana.

The South Africans who have put so many efforts, work, and nerves into pushing for marijuana legalization have managed to forever write their names with golden letters in the history of their country. One of these visionaries is none other but Rastafarian Gareth Prince (also known as the Dagga Prince) who hasn’t stop fighting for cannabis legalization for over 21 years!

According to recent reports by Prohibition Partners (marijuana consultancy agency), the South African cannabis market is bound to reach R27 billion worth by 2023, just four years from now!

No matter how bold the expected worth of the South African market might seem to some, it is good to keep in mind that local farmers got all the skills and know-how on growing weed as they have been doing so for years. Nevertheless, reports by the United Nations make it clear that Africa as a whole is in charge for the production of about 38 000 tonnes of cannabis every single year, regardless of the fact that cannabis used to be fully illegal just a year ago.

In a perfect world, we wouldn’t refer to growing cannabis as a dirty, illegal thing to get involved in.

Wouldn’t it be a pure joy to be able to browse the web for landrace South African strains to grow from seeds by merely a simple click while simultaneously doing your bit for helping the living nature recover from all the damage human activity and consumerism have caused so far? Well, we do have the invaluable opportunity to grow cannabis from seeds, at least some of us, since marijuana is still not legalized globally.

Yet on the bright side, looking at South Africans’ inspiring example, it feels simply amazing to picture yourself exploring the untapped cannabis Heaven on Earth, doesn’t it?