What is a Marijuana Shatter? 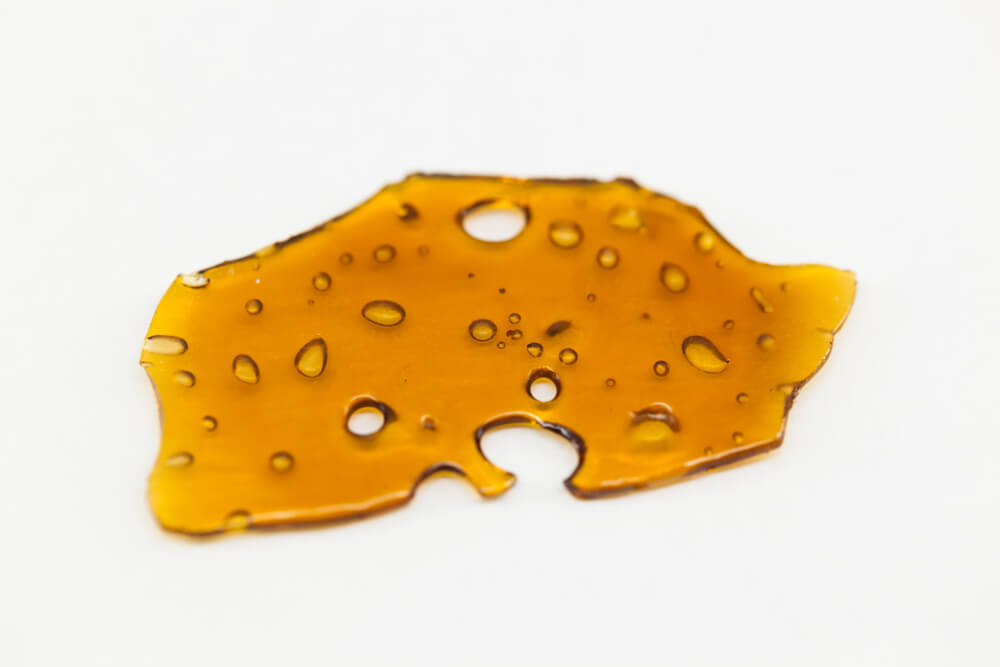 If you are wondering what is a Marijuana shatter, then you have come to the right spot. In this article, we’ll be discussing what is marijuana shatter all about and how to use it. buckle up and enjoy the ride!

What is a Marijuana shatter?

Marijuana shatter is by far one of the most popular cannabis concentrates sold in the marijuana market today, it is commonly called shatter wax or shatter weed due to its appearance. Marijuana took the cannabis world by storm during the early parts of 2010. It is the best way to enjoy highly-potent concentrates through vaping.

So, what is marijuana shatter really? Cannabis experts define shatter as a cannabis extract. Cannabis extract that went through a process of extracting the plant’s essential oils, these essential oils contains the sought-after compounds of a cannabis plant, cannabinoids, terpenes, and other chemical compounds present in a cannabis plant. The term shatter is due to its appearance and specific texture that once you use it, t breaks and shatters easily, thus it was coined shatter.

What is cannabis extract?

A shatter is a form of cannabis extract. So, what is a cannabis extract in the first place? Cannabis extracts are made with the various process through different types of method, usually, it passes onto a solvent such as butane, isopropyl, hexane, or CO2. They are dried and cured or made from a freshly grounded cannabis material. Usually, the extraction process yields a thick and gold-like color cannabis oil that contains the plant’s most active compounds.

Next, the solvent oil undergoes the next process. The solvent is purged from the shatter with the use of heat and vacuum mechanisms. This results in a cannabis concentrate that takes a lot of forms, from crumble, honeycomb, live resin, and of course, shatter itself.

How to use Shatter?

Like almost all cannabis extracts, they are used in the form of dabbing or vaping from a vape pen or a dab rig. With high levels of potency around 50% to 90% of cannabinoids by weight, this will give you some of the most efficient and potent ways to smoke cannabis.

To vape shatter, you’ll need a vape pen. Be sure that your vape pen is specially made to accommodate the consistency of a shatter, or else you won’t enjoy the potency of the shatter. These vape pens have “atomizer” which ultimately heat the shatter until its vaporization point giving you a potent smoke in the process. For you to vape shatter, add your shatter oil onto the vape’s heating chamber, just like marijuana extracts as well.

When the atomizer heats the shattered oil, it will quickly melt that shatter away producing a vapor, which you will then inhale to absorbs some of its potent effects.

Another way to smoke a marijuana shatter is through “dabbing”. Just like vaping, dabbing requires a specific tool for dabbing. In this case, you’ll need a dab rig. Dabbing a marijuana shatter is the traditional way of smoking it. In doing so, pieces of shatter are dabbed onto the tiny plate of the dab rig. After placing the shattered oil onto the hot ceramic or titanium surface inside the dab rig, the shatter will ultimately turn into vapor, you will inhale this vapor just like how vaping works, thus getting you a more potent high in the process.

How does shatter differ from the other cannabis extracts?

Practicality aside, there’s only a little difference between shatter and other cannabis extracts. Also, almost all cannabis extracts are consumed the same way and have similar potency too. Cannabis extracts are named from their appearance, as was the case for shatter, as it has a transparent amber-colored texture that easily shatters. That’s why shatter is called shatter, although it is hard when it breaks, it breaks more often when simple pressure is applied. Especially in a cold climate, shatter easily breaks producing shards. In that sense, you could say that shatter is very much like glass, breaks easily.

One of the primary benefits of using shatter and other cannabis extracts is how easy it is to be absorbed for the cannabinoids to enter the bloodstream, this in turn will give you instantaneous effects as they are directly absorbed immediately right from the first hit. Due to its overwhelming potency, users are taking the “less is more” approach to enjoy its benefits rather than dozing off suddenly due to the overpowering potency.

Dabbing shatters mean you don’t have to smoke other plant materials when smoking traditional cannabis, and that part is a good thing. Rather than completely exposing your lungs through everyday smoking of cannabis joints, vaping and dabbing is a safer way. It is because dabbing and vaping will only yield vapor, rather than smoke.

Shatter is also a more stable extract compared to other cannabis extracts, being stable means you get to enjoy cannabinoids efficiently. The only drawback with shatter is when it is hard to break, and once it breaks tiny bits of pieces are sure to spread all over the place. To avoid this, you should slightly heat the surface before dabbing onto it, this will not easily break off your shatter.

A marijuana shatter is one of the best ways to efficiently enjoy weed. they are one of the most potent forms of weed and is loaded with all the healthy cannabinoids you are seeking. However, please do note that these cannabis extracts contain high levels of THC content. Be sure to keep yourself hydrated and full when smoking this type of extract.

Lastly, as more and more people are finding ways to consume marijuana, let’s not get all too hasty all of a sudden and smoke or vape your way out of it. It would be wise to seek an expert’s opinion before trying one, as we’ve mentioned earlier, shatter contains the potency that is overwhelming and overpowering at the same time.