As controversial as the cannabis is these days, who would not want a cure for the sleepless nights? Well, everyone wants a good sleep as this determines the body’s good physical and mental health. Unfortunately, not everyone can have sleepless nights, much more, easy sleeping routines.

If you are among the millions of people suffering from sleep disorder, you might want to check out how the weed can help you get a sound sleep every night. A lot of marijuana users have attested to marijuana being able to restore a person’s natural sleep cycle.

However, before you try the weed to help you with your sleeping problems, here are some important things that you should not miss about marijuana and sleep.

Science behind marijuana and sleep

Marijuana contains chemicals, the most popular of which are cannabidiol (CBD) and the tetrahydrocannabinol (THC). These chemicals work differently and knowing what these differences are will help you in choosing the right strain to aid you with your problem.

The THC gives you the feeling of being “high” and helps induce sleep. Hence, strains with high levels of THC and low level of CBD can work for people with sleep problems caused by posttraumatic stress disorder and those who are having nightmares. With this kind of strain, you’ll end up in a deep sleep state and reduced dreams.

Recommended Strains for a Successful Rest

When considering using marijuana to help with your sleep problems, it is important to consult a doctor and get approval for the use of the weed. Once you have the approval, choosing the strain is the next step.

There are three kinds of strain—1) the indica that soothes and relaxes; 2) the sativa that energizes, and; 3) the hybrids that are a combination of both.

Of these three strains, the indica strain is recommended if you want to get sleep. However, keep in mind that specialists recommend that a strain must not contain more than 20 percent of THC. A high THC level in a strain reverses the effect and will make you feel groggy and sleepy in the morning.

Marijuana can work wonders for those having difficulty sleeping because of health problems such as insomnia, pain, posttraumatic stress disorder and multiple sclerosis. Marijuana can help soothe and relax the body, which results to making sleeping easier and faster.

The weed is also beneficial for those having nightmares all the time. A regular consumption of marijuana is known to reduce the amount a person spends in a rapid eye movement (REM) sleep. The REM happens at the final stage of the sleep where a person gets vivid dreams. With the intake of marijuana, you’ll find fewer dreams during sleep. This will help you sleep better if you are experiencing bad dreams often as a result of trauma or other experiences.

Another benefit of marijuana when it comes to sleep is how it promotes better breathing, which is helpful for those suffering from sleep apnea. This is a condition when a person suffers from obstructions of breath during sleep, which causes the person to wake up several times during the night. A person suffering from sleep apnea can face problems such as daytime drowsiness, headache, mood disturbances and fatigue among others. The cannabinoids in marijuana help in restoring the respiratory stability and therefore help in addressing sleep apnea. 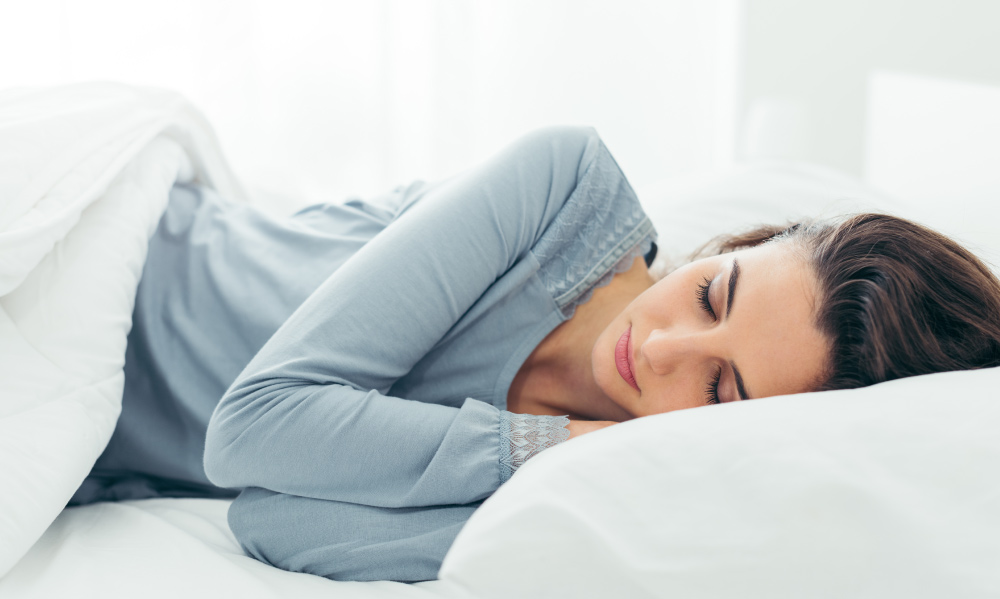 The effects of marijuana on sleep are already established; however, there are a few things you have to keep in mind when using marijuana to cure sleep disorders.
Pairing cannabis with natural remedies. Do you know that pairing a marijuana strain with a lavender bubble bath or a cup of chamomile tea can increase the effectiveness of marijuana on dealing with the sleep disorder? Yes, experts recommend the use of natural sleep aids such as hops, lavender, chamomile and melatonin to maximize the effects of cannabis on sleep.

Using aged cannabis. Aged cannabis is seen to be more effective in inducing sleep. When the THC degrades, it is converted into a cannabinol, a chemical compound that is five times more sedating as compared to THC.

Timing is everything. A poor timing when ingesting marijuana for sleep can reverse the effects for a person. It is recommended that you ingest marijuana an hour before bedtime as the effects of marijuana work for three to four hours. Taking the weed sooner can make you feel excited and prevent you from sleeping.

Ingesting the weed properly. The most recommend means to ingest marijuana to help with sleep is through smoking or vaping. Taking food-infused marijuana is oftentimes unreliable, especially when it comes to predicting when the effects will kick in.

Avoiding hangovers. Yes, cannabis can give you mild hangovers including the feeling of grogginess, dry-eyed, dehydrated and congested. Experiencing from these can be avoided if you use only clean and tested cannabis, eat healthy foods, drink plenty of water and most important of all, refrain from overdoing it.

Now that you know how marijuana can help with your sleep, it is also important that you know that long-term marijuana use can worsen sleep. Those who quit ingesting the weed oftentimes experience tossing and turning around during sleep, frequently waking up at night and grogginess during the day. Further, stopping from a long-term cannabis use can result to REM-rebound in some people. This is a condition when a person experiences having more lucid dreams.