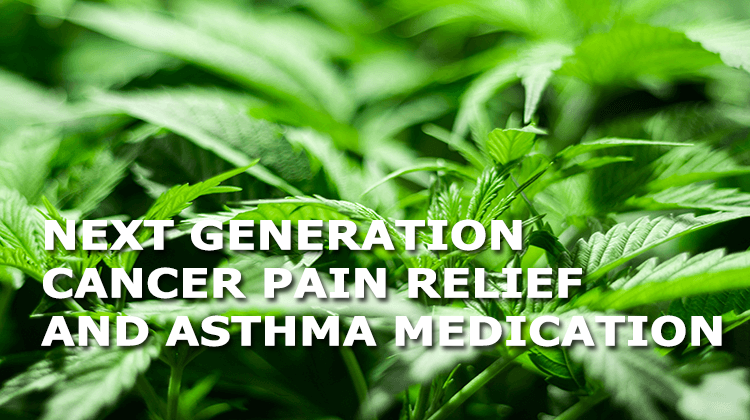 Although cannabis is said to have medical benefits and can treat some ailments, many consumers don’t prefer smoking cannabis as a method. It is due to some respiratory health problems it brings, such as lung diseases and other issues. Combustion brings some side effects to the user’s health. Luckily, there are other methods used in consuming cannabis, and inhaling is another choice via cannabis inhalers.

To cater to the needs of individuals needing relief whose smoking is not their choice, scientists in Israel have come up with inhalers from cannabis. It is uniquely crafted to give relief to pain brought by cancer and to help people with asthma. As mentioned previously, scientists in Israel concentrated on making beneficial and effective inhalers from cannabis. This cannabis is extended to cancer patients and health problems related to the respiratory.

Asthma is a recurring condition in the lungs as a result of the inflammation of the airways. This medical respiratory condition involves constriction of the airways, making the person wheeze and experience difficulty in breathing. Symptoms include coughing, wheezing, having short breaths, and feeling tight in your chest. Asthma attacks are triggered by the following: air pollution, allergens like pollen or dust, exercising, smoking cigarettes, flu or cold, medications like aspirin, emotions like stress and laughing, and change in the humidity or temperature.

Sadly, coughing is worse and happens in the early morning or night. Having inflamed airways makes the person sensitive to inhaling things that they react strongly. In addition, they may have more mucus. Asthma symptoms can be mild and can disappear after some medications; however, some people have worse symptoms. Until now, there’s no cure found for asthma. An alternative is just managing and controlling these symptoms. One can be diagnosed with having asthma during childhood. Over 25 million Americans have this ailment, and a lot of them are in search of an alternative way which is more likely natural, and it includes the use of cannabis. Many Americans die every year due to complicated having relation to asthma.  This source is from the National Heart, Lung, and Blood Institute. Since there is no cure to it, managing and preventing are means done for asthma. With this, there is an increased interest in using medical cannabis for asthma.

It was in 1975 when a small study about cannabis and asthma started. It was led by a doctor named Dr. Donald Tashkin, who induced artificial spasms, which were bronchial to about eight asthma patients who were stable clinically. They worked mainly on the airway’s behavior. These patients were given real cannabis, with 2% of THC or a placebo. Patients who got the 2% of THC had their spasms recovery immediately while the placebo effect took about 30 to an hour.

Meanwhile, in 1985, a study that took 20 years made its conclusion that people who were diagnosed with asthma had their lung function improved. It also includes those who smoked cannabis moderately and have not experienced any damages in the lungs. During the 2014 study done, the researchers had separated bronchi samples taken from 88individuals some were healthy while others had asthma.  They were induced with bronchial spasms that use electrical stimulation; then, administered with THC and cannabinoids, which were synthetic.

It was found out THC made the CB1 receptors active stopping the spasms and dilating the organs. In other words, the airways were expanded, so air gets into the lungs more easily. With all these researches, THC is proving its ability than CBD. THC was underrated before. However, THC and THC-V impedes contraction and hinders the receptors of CB1 as well as the other side effects.

Here are the proper ways to use your cannabis inhaler:

Health Benefits of Cannabis For Asthma

When asthma attacks, patients suffer pain in the chest. It is having a sharp pain of like being stabbed, and it gradually develops, especially in the first hours of the attack.

Cannabinoids have pain-killing and broncho-dilatory effects. Cannabis could manage asthma pains by lessening the constriction and pressure in the lungs and directly acting at the pain-sensing area or nerve. Studies noted that cannabis show improvements in the pain.

Some proofs are showing that asthma is triggered by viruses or bacteria and not only taken from genes. The bacteria or virus affects the person’s immune system making the person suffer from allergens or irritants. THC, CBD, and CBG are just some of the cannabinoids having an extensive bactericidal influence to fight against pathogens.

Asthma is a persistent inflammation. During asthma attacks, the level of inflammation rises, which causes constriction of the muscle in the tissue of the bronchial. This inflammation related to asthma is an immune defense due to the allergens. It varies among individuals. Usually, bronchodilators are used to treat acute asthma. Cannabinoids have anti-inflammatory agents. These were seen to reduce inflammation in the bronchial.

Cannabis’ most crucial ability is acting as a bronchodilator in treating asthma. As we know, asthma attacks lead to constrictions and less oxygen flow. Studies have found out that cannabis works well on bronchoconstriction during the attack.

Aside from its other benefits, cannabis has the potential to lessen spasms in the muscles. There are smooth muscles found in bronchi and bronchioles. These contracts, when an attack happens, causing pain and difficulty to the individual.

Cannabis has been used in ancient China and India as an expectorant. A lot of people reported and experienced this after vaporizing or smoking.

Asthma patients may ask which strain works well for their asthma. Here are some strains your doctor might recommend.

Strains for Stress and Anxiety

Harlequin (sativa): Harlequin is a sativa-dominant cannabis strain that is renowned for its reliable CBD level suitable for asthmatic patients. The genetics are Colombian Gold, which is a Nepali indica, and the landrace strains, the Thai and Swiss cannabis strains. If you want to remain alert but still benefit from the anti-inflammatory effects, Harlequin is a good option. It provides clear-headed and alert sativa effects. As compared to most cannabis strains with high CBD content, Harlequin has a 5:2 CBD ratio. It is one of the most effective cannabis strains used to treat patients who have anxiety and pain.

Canada and almost every state in the United States that accept medical marijuana allow cancer patients to use cannabis. It is believed to be an excellent remedy for pain and also decrease appetite and nausea. Cannabis boosts the mood, offers energy and motivation, treats insomnia, promotes weight gain, and rekindles social enjoyment. Each marijuana strain has a unique effect profile. Because of various cannabis strains available, marijuana might treat one symptom and might not be suitable for another. The most effective cannabis strains for pain relief are those with both high CBD and THC concentrations. Why? It is because of the synergistic or combined effect of these cannabinoids. There have been many claims that CBD oil can help treat cancer.